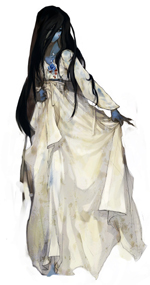 All countries have scary ghosts like Romanian vampires, Egyptian mummies, and Chinese gangsi, which are moving dead like zombies. Korean ghosts also have unique features and characteristics.

The maiden ghost is a female ghost. She was a victim of a false accusation before she died. Therefore, she has a grudge. She wanders over the world taking revenge on people related to her death. She always wears white clothes and has a pale complexion and red lips which spill blood. The maiden ghost is the most common and fearful in Korea. Like her, there is a bachelor ghost which is male. This ghost also harbors a grudge. However, his grudge is just that he didn’t marry before he died. If he holds a wedding ceremony, he can ascend to Heaven. 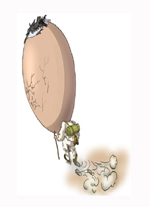 The egg ghost just looks like a common person when seen from behind. However, if you see its face, you will know why this ghost is called the egg ghost. It doesn’t have eyes, a nose, a mouth, or ears, si it brings up the image of eggs. This ghost lives deep in a mountain and surprises people who go over the mountain.
The fox with nine tails is a unique Korean ghost. In old Korea, people thought that if animals lived for a very long time, they could develop special abilities. The representative example is the fox with nine tails. This ghost can change into a beautiful young woman. It tempts men, and it scoops their livers out and eats them. Sometimes, it digs open a grave and eats the livers of the dead. If it eats a thousand livers, it can be human. The dog is the natural enemy of the fox with nine tails. 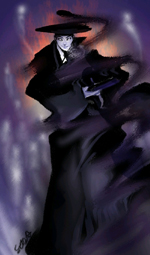 When tools in daily use are dumped, they change into goblin named dokkaebi. These goblins mostly live in thick forests, open fields, mountains which have a luxuriant forest, or trees in the mountains. They look like humans who are tall and bulky, but their skin is red. They are different to Japanese goblins which have horns because they don’t have horns. They like the dark, dancing, the instrumental music 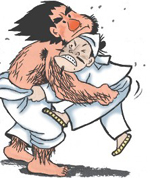 of peasants, and women. Also, they like playing with people, so if they see people, they challenge them to a wrestling match. Dokkaebi hate the blood of horses, metal, and red-beans. Also, they hate the sound of cocks crowing to announce the coming of dawn.

Korean and foreign ghosts have many points of difference. A vampire, a gangsi, and a werewolf attack anyone and make him the same as them. For example, if a person is bitten by a vampire, he will be a vampire. On the contrary, Korean ghosts don’t make people the same as them or attack anyone. They attack only people related to their death. If they take their revenge, they can ascend to Heaven.