A Welcoming Concert for Freshmen 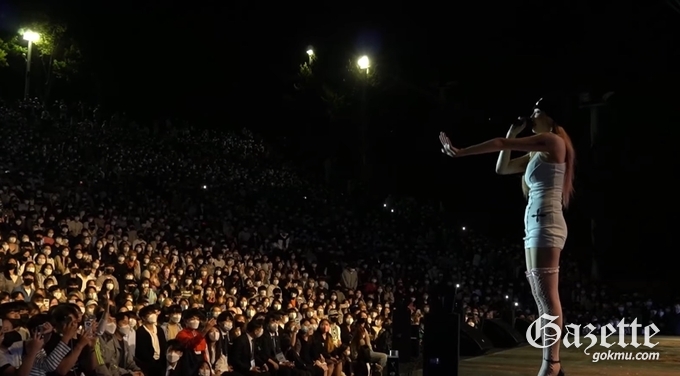 The opening ceremony for Keimyung University's general organization and the welcoming concert for freshmen were held on April 28, 2022 at the Seong-seo Campus. The welcome concert for freshmen was organized by CALLA the KMU student council. Although many aspects were restricted due to COVID-19, it was the first event held at the schools as national distancing rules eased. Although the social-distance rules were eased, there were restrictions on the operation of designated seats by the university, mandatory wearing of masks, and body temperature measurement before admission. This was conducted through a preliminary survey of students wishing to participate in advance.
On this day, Keimyung University's Taekwondo Demonstration team from the Taekwondo Department and the dance stage of Beat, the school's central club, were shown. Following this, the opening ceremony for CALLA and the student president was held in order. This ceremony included the General Club Association, the student body presiden, and the general representative council. Furthermore, a music festival was held, and, GYEOUNGSEOYEJI and HyunA also participated in the welcoming concert for freshmen at Keimyung University. In addition, food trucks which were invited by the student council were prepared for the smaller event as well as during the welcoming concert for freshmen.