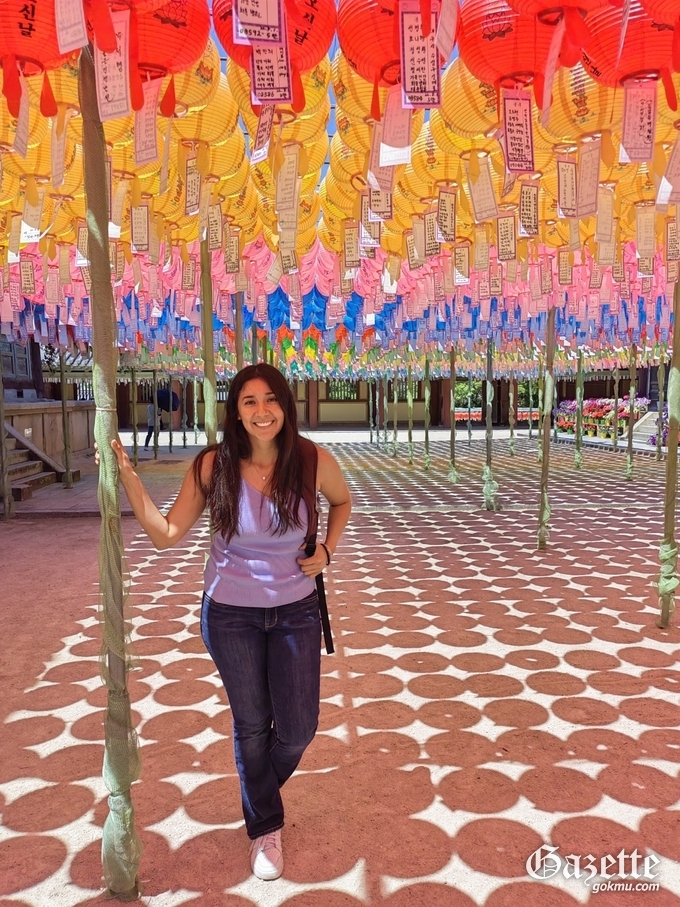 1.    Can you please introduce yourself?
-    I’m Mariana Estefanía Gómez Gómez. I’m from Irapuato, which is the centre of the country. I am 29 years old. I am doing my second bachelor’s degree now. Right now, I am majoring in Dance. But previously, I majored in Musical Education, giving music lessons to people. My speciality is the traditional musical instruments of Mexico and the Pacific region. Like Maracas, caranas. And this is the last year of my second undergraduate degree.

2.    I heard that in Mexico, you have a special rule in naming the children. Can you explain it to us?

3.    Why did you choose South Korea to come as an exchange student? And was there any specific reason that you chose KMU?

-    This is an amazing story. Well, for me, it is amazing because I never thought of Korea. Mexico is right next to the United States, so if someone wants to study abroad, we think of going up there, or Europe. So, it was unusual for me to choose to come to South Korea. But when I looked at the list of schools that are partnering with my school in Mexico, none of the schools in those countries offered the dance courses. The only two schools that offered the dance courses were the KMU and the one in California.

So, I started to look up the YouTube videos and the courses that I can take, and I just fell in love. I also thought that it would be a good experience to go and stay a while in a country that I don’t know. I think it was love at first sight. Because the more I looked for the information, the more was I impressed with how much attention they put into the art. I didn’t see that much passion from the other school in California. So, it wasn’t simply just because it was a school that offers the art classes, but it was more because I could see through the information, like the history of the school’s foundation, that it is a special place for an art student like me to be.

It was good but very scary the first time because it is so far from Mexico, and the culture and the language are completely different. It was a big challenge. But I fell in love with this challenge that I felt that I must take this challenge. Maybe it was destiny!

-    Yes, I did. I had my expectations. And after I arrived, my expectations were all met. More, my experience was even better than what I have expected before. My best friend loves South Korean culture, and I studied the culture a bit and tried to make myself habituated to it before coming here. I expected the people here to be disciplined and highly determined at work, school, and family. But when I saw it, it was somehow even better than I expected it to be.
-    I also had a few culture shocks. Now I got used to it, but maybe for the first one and a half months, it was a bit difficult to work out the cultural difference. Firstly, the language was completely different. The symbols and the writing system were completely different. Secondly, the body language of the people was so different. For example, the people in Latin America are usually louder and use big body language. They will say hi, hug, scream, dance, and use gestures a lot. They are very expressive of their emotions. But I think here, the people are more reserved and respectful in a way to say hi, thank you, and goodbye.

But now I am more open-minded and learned how to read the Korean people more. Now I know the communication style of the people, so I am more confident. Thirdly, I don’t see that many couples being as affectionate as the couples in Latin America. I think some older people think it is weird, rude even, to be too affectionate in public place. So, I become more cautious when I am with my boyfriend. Fourthly, the food and the chopsticks were a big challenge for me in the beginning. It was hard to learn how to use chopsticks and get used to the new flavours and the food.