Xenophobia of the campaign 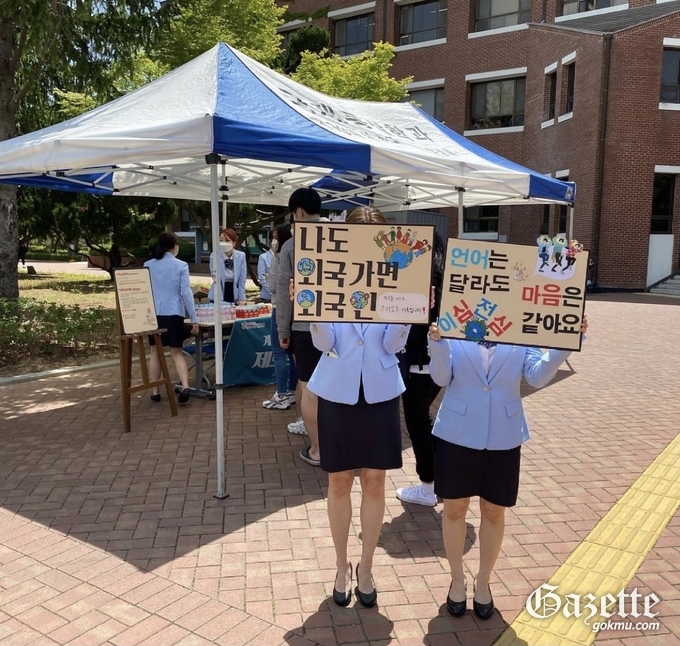 On May 6, Barmi, a public relations ambassador for Keimyung University's Personality Education Center, conducted a campaign under the theme of Xenophobia. In fact, many foreigner students said they had been discriminated against or ignored by Korean students, which led to a campaign by the foreign students in Barmi.
We conducted a campaign in front of the Bauer Hall, telling them what would be difficult when we thought we were international students in other countries and when World Human Rights Day is. Also, there must have been many students who were new to the word xenophobia, but through Barmi, it was a good opportunity to understand the meaning of the word.