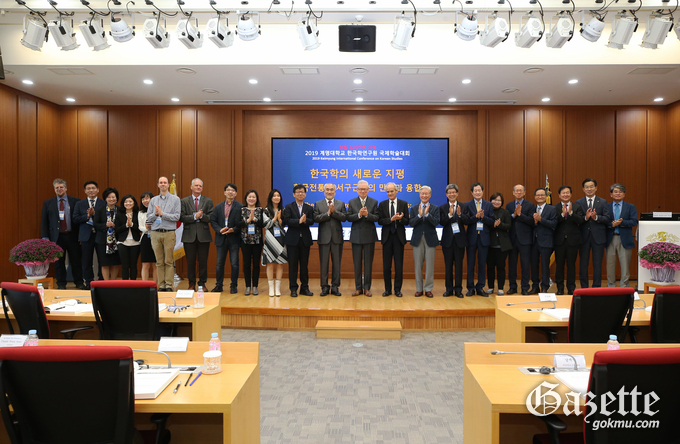 Since modernization began in the 19th century, leaders have strived to create a culture that will be popular and influential. Korean singers and Korean food have become famous around the world and the interest in Korean culture is growing.
KMU held an international Korean Studies conference on the theme: “The New Horizon of Korean Studies: Tradition, Modernity, and Hybridity” from October 31st to November 1st.
This international conference was held to examine the new aspects of human culture created by the convergence of Korean Culture with Modern Western Culture and to explore that direction of development. About 20 Korean scholars who study in from Korea and abroad. Presentations and discussions were conducted over four sessions: aesthetic history, thought and philosophy, art history and language literature.
The conference aimed to serve as an opportunity to broaden and deepen the understanding of Korean culture and education.