A Valuable Donation from KMU Students 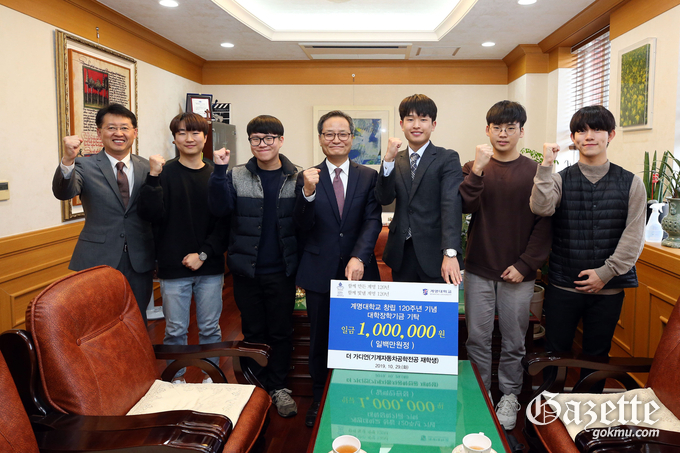 A team consisting of Major in Mechanical and Automotive Engineering, called the Guardian Team, won the best prize at the recent Daegu International Future Auto Expo 2019 Car Startup Camp which was held October 17th to 20th. The Guardian Team showed off a user-installed automatic sprinkler system in a car and received excellent reviews from the judges. They got one million won for prize money and surprisingly, they donated all to the school on October 29th. Kim Si-woo, a member of the team, said they decided to donate the prize money because they wanted to spend it meaningfully. The Keimyung Vice President Ha Young-seok, said “I’m very proud that our school’s students won the prize at the competition, but the love of school and seniors is more important than any other prize. And the students’ donation will certainly be a foundation for greater value.”