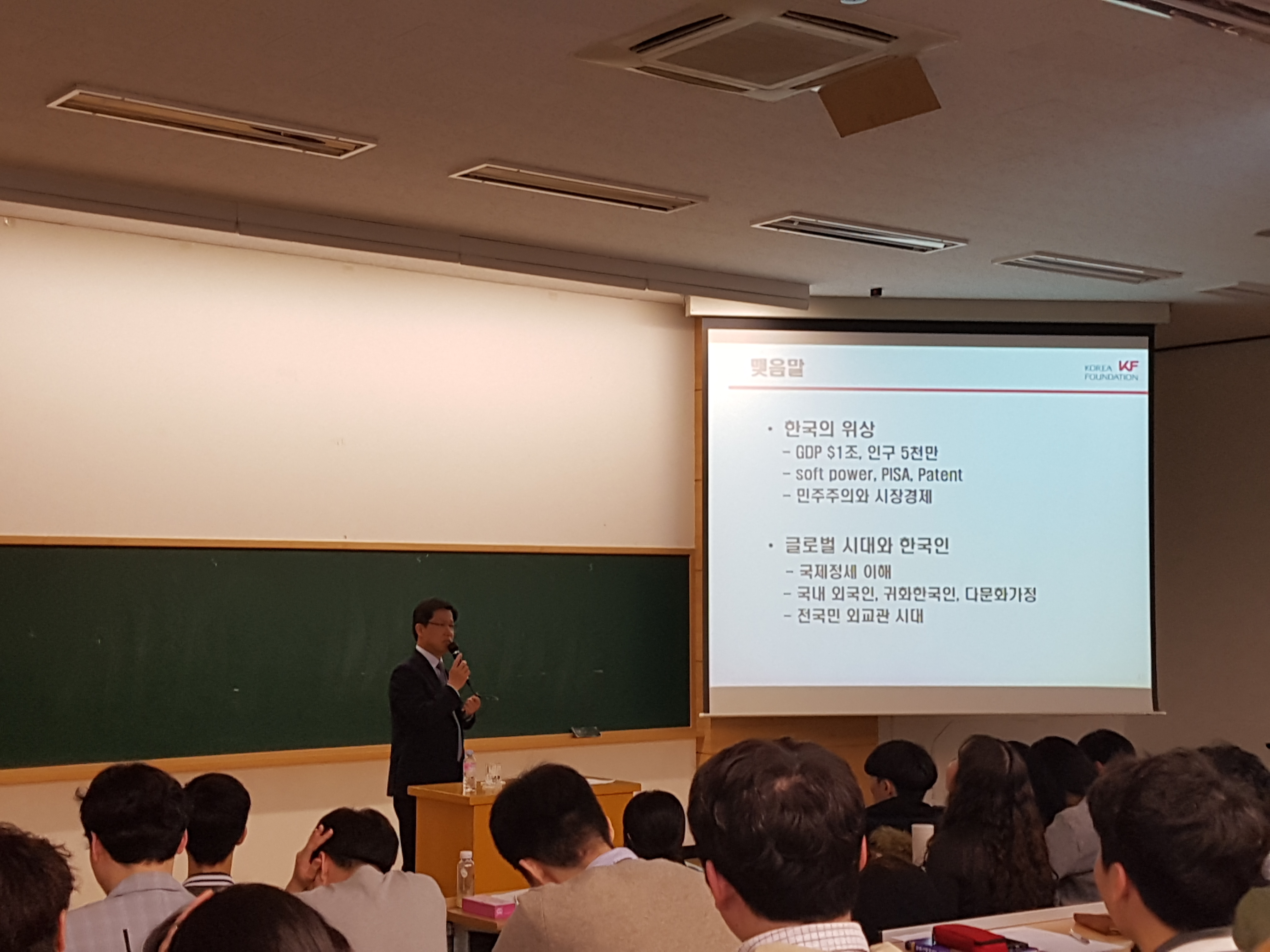 A special lecture from Lee Sihyung, the president of The Korea Foundation, will be held for economics and business administration students on May 15th. In The Korea Foundation, they teach what Korea is, what Korea has furthermore what Korea can do with or to foreigners. Connected with this, Mr. Lee also talked about public diplomacy in his lecture. He emphasized the invisible power of public diplomacy. Public diplomacy can be contrasted with conventional diplomacy which is related to negotiation between governments, and wants to charm others with soft power?which contains culture, art, knowledge, and language. With using soft power, we can negotiate and interchange easily with out hard power such as economic and military power. Lee Sihyung mentioned Korea’s Soft Power rank is lower than its hard power’s because our civic consciousness is not yet matured, and the political values and foreign policies are still lacking. It is impossible to grow those with only money. Thus, it was recommended that promoting these in Korea and enhancing our prestige should be a focus.
Seo Jae-kyung 의 전체기사 보기