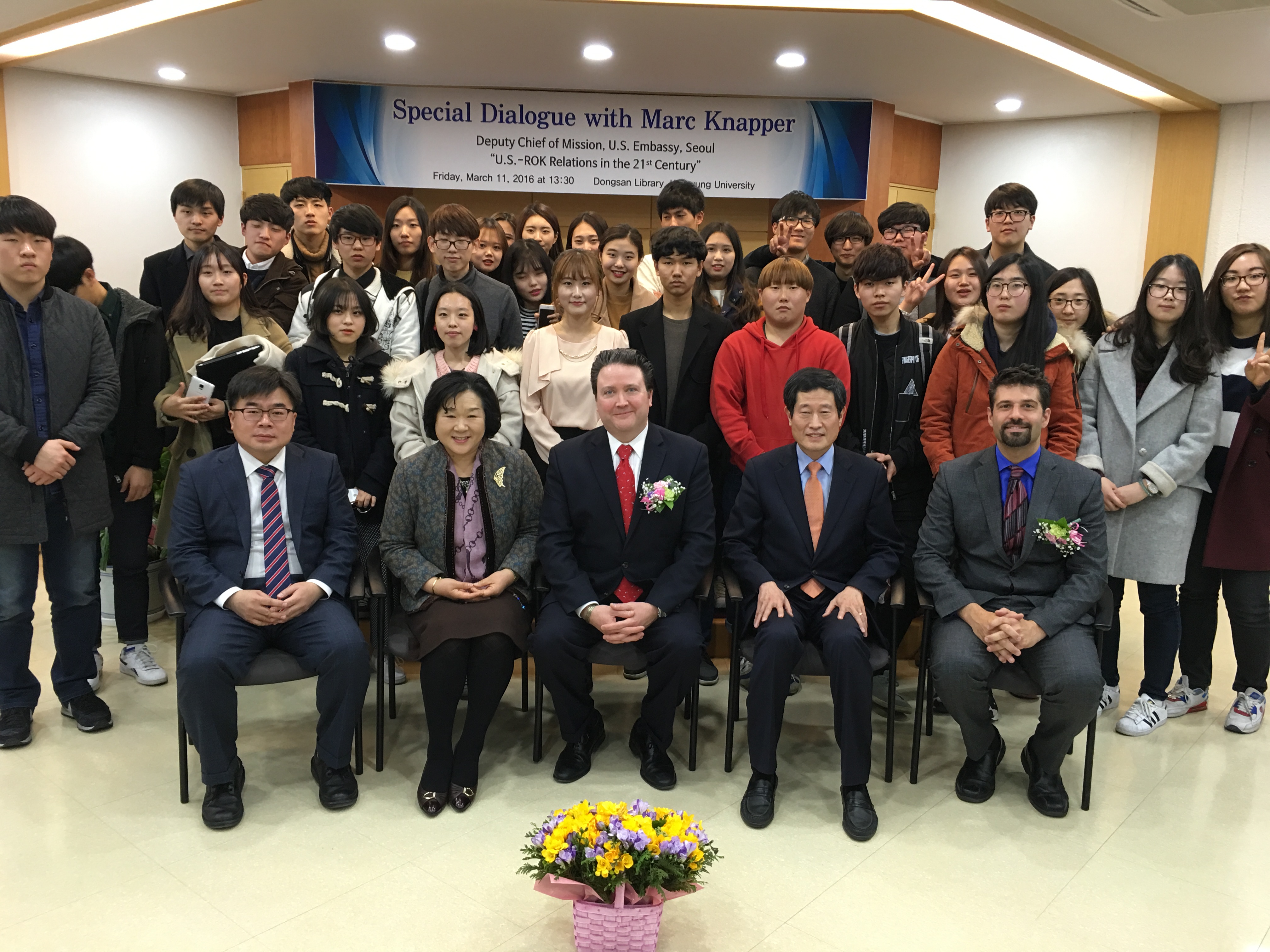 On March 11, a special lecture by the American Ambassador to Korea, Marc Knapper, was held in Dongsan Library. The topic was "U.S.-Korea Relations in the 21st Century."

Marc Knapper said that even though the two countries were far away, the U.S. is a neighboring country to Korea, and neighbors help each other. In addition, he said that the two countries continue to maintain good relations and will work together to develop their economies and keep the peace.

KMU was selected as the best WOA among all WOA institutions in the whole country for four years.