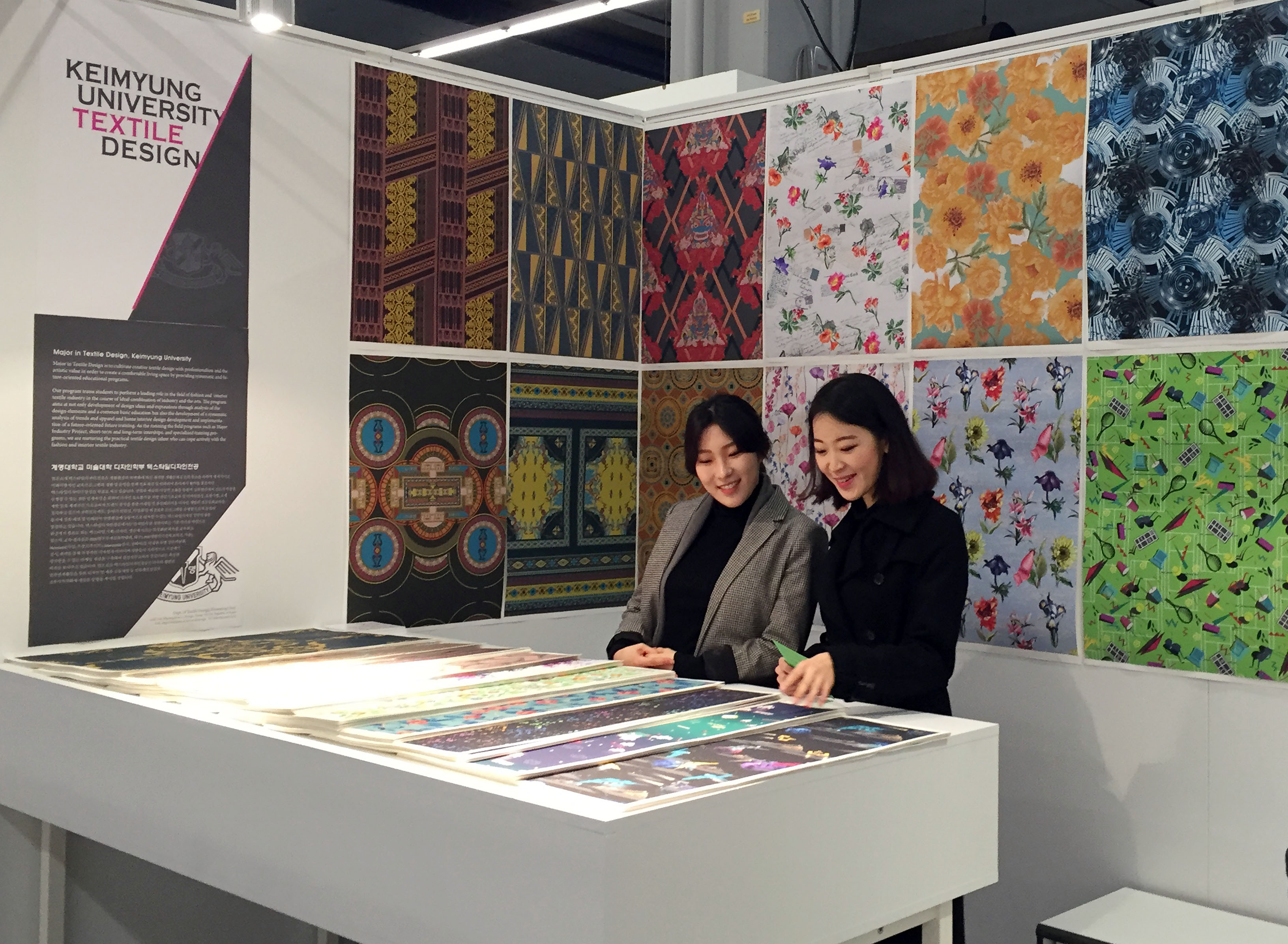 During this fair, textile design students exhibited their ‘Blending Age’ concept design. This highly regarded design is a creative blend of unique Asian cultural and modern sensibilities. In addition, KMU's booth was the only one from an Asian university. Students received offers to collaborate on projects from design studios of various countries, including Calderon Textiles of the United States.

At this fair, the students showed an interior textile they designed in one of their courses. By participating in this fair, students gained valuable, hands-on experience in global marketing.