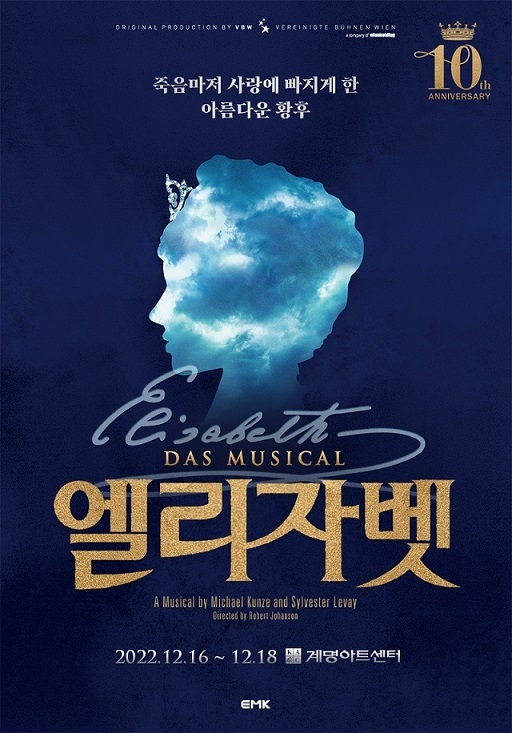 Elisabeth is the work by the playwrights Michael Kunze and Sylvester Levay, the world-renowned masters who created Rebecca and Mozart!. Since its premiere in Vienna, Austria in 1992, it has been performed in seven different languages, including German, Italian, Hungarian, Swedish, Japanese and Korean. It is a global box office hit that has attracted more than 11 million viewers.

The musical is about Elisabeth, who is remembered as the most beautiful empress in Austrian history. She was a free-spirited girl, but as she became empress, she found it hard to bear the tight court life. She was loved by many people, but she actually lived a lonely life. Also, she is always tempted by death. The musical tells the story of Elisabeth until she ascends to the throne as the empress and ends her life, as well as the stories of the people around her, including Luigi Lucheni, Kaiser Franz Joseph, and Der Tod.

This work contains not only Elisabeth's private life, but also the historical situation of the time, including the fall of the Austro-Hungarian Empire and the rise of a republic. In addition, fantasy elements such as the personified character of death are combined together to tell the story without any lulls in the performance. The musical is still receiving attention and love from people for its intriguing stories, including the tragic life of the last Empress of the Empire. It will be a different experience if you look at this musical compared to Elisabeth's real life.