Europe's Energy Shortage Due to Russia's Invasion of Ukraine 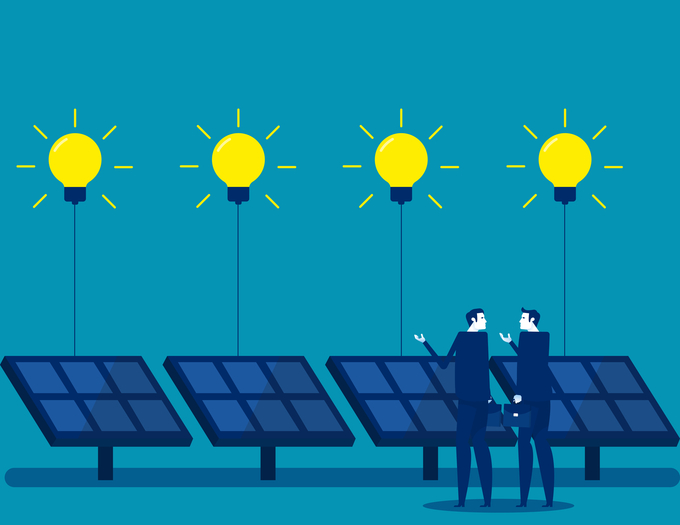 Since Russia's invasion of Ukraine in February, many European countries have welcomed refugees. In response to Western sanctions, Russia has significantly limited the amount of energy it exports to Europe. Energy prices in Europe soared as Russia locked its gas pipeline to Europe. In particular, as winter approaches, when energy costs are high, the mood of dealing with refugees has changed. European families suffering from a severe energy crisis are reportedly sending out Ukrainian refugees they accepted immediately after the war broke out. In addition, the price of firewood in Greece, Ireland, and Germany is also rising as demand for firewood increases in preparation for energy shortages this winter.
Unless energy supply and demand are stabilized as before the war, the energy shortages will continue for the time being. So, European countries have rolled up their sleeves to reduce energy consumption. France has decided to turn off the lights of buildings in tourist attractions at 10 p.m., and the Eiffel Tower, the symbol of Paris, will also be turned off an hour earlier. France aims to reduce energy usage by more than 10 percent. In addition, most European countries are recommending energy-saving measures such as limiting the indoor temperature to 19 degrees Celsius in winter and minimizing the lighting of government offices and streetlights. They also recommend that each family reduce cooking as much as possible and take a shower only once or twice a week.

What should European countries do in this situation?

Russia, which invaded Ukraine, weaponized its abundant natural gas resources. However, Russia, which was in conflict with Ukraine over natural gas prices, locked its gas pipeline to Ukraine in 2006 and 2009. Despite the energy crisis that has already followed twice in the past, European countries have sought diplomatic solutions rather than reducing their dependence on Russian natural gas. I think it’s time they reduce their dependence on Russian natural gas rather than pursue diplomatic solutions. This is because Russia’s continued weaponization of natural
gas resources could cause the current energy shortage in Europe to happen again. Accordingly, European countries should make efforts to find alternative energy sources or reduce unnecessary power consumption. For example, hydrogen energy is not only a key means of transitioning to carbon neutrality worldwide, but also emerging as an alternative to strengthen energy security in European countries along with renewable energy such as solar and wind power. Some European countries are working on hydrogen production projects by choosing a combination of renewable energy and hydrogen. I hope that they will overcome the energy shortage by trying to reduce their dependence on Russian natural gas in these ways.

A viable way for Europe to do it is to recommend reducing energy consumption. Unless energy supply and demand are adjusted to pre-war levels, the shortage will continue for the time being. European countries are already trying to reduce energy consumption. France has decided to turn off the lights of buildings in tourist attractions from 10 p.m., and the iconic Eiffel Tower in Paris will be turned off an hour earlier. France aims to reduce its energy use by more than 10 percent. Most countries offer energy-saving measures, such as limiting the indoor temperature to 19 degrees in winter and minimizing the lighting of government offices and streetlights. The current situation is expected to continue for a long time, and this winter for European citizens is expected to be colder than ever. I hope this situation will end as soon as possible and Europe will have a warm spring.

As the war between Ukraine and Russia is prolonged, concerns about the energy crisis continue. West Texas Intermediate (WTI) oil prices had soared to 120 dollars and have now stabilized lower, which is also having a huge impact on inflation. European countries that depend heavily on Russian oil and natural gas continue to have a need for alternative energy. This is why there is growing interest in nuclear power generation, which has low carbon emissions and high energy efficiency. In addition, European countries are pushing for a variety of policies, including alternative energy production and reducing power consumption. In my opinion, I do not think alternative energy production and development can be done soon enough, so I think European countries should not stop nuclear production until more alternative energy resources are available. Furthermore, I think countries should continue to invest in nuclear power and uranium-related exchange trade fund (EFT) like Global X Uranium EFT or North Shore Global Uranium Mining ETF.

Europe must Reduce its dependence on Russian gas

The war between Ukraine and Russia has caused an energy shortage in Europe. The war limited the supply of natural gas and caused energy prices to rise sharply. Under these circumstances, Europe discussed the introduction of a Russian gas price ceiling, but failed to reach an agreement. Europe has experienced the shortage of Russia’s natural gas supply problem for quite some time, and this clearly confirms that Europe’s dependence on Russia's natural gas supply is high. Despite several difficulties related to energy imports, Europe has not actively taken action to come up with alternatives to Russian natural gas. In order to solve this situation, infrastructure investment such as Liquefied Natural Gas (LNG) terminal construction is needed to reduce dependence on energy imports.