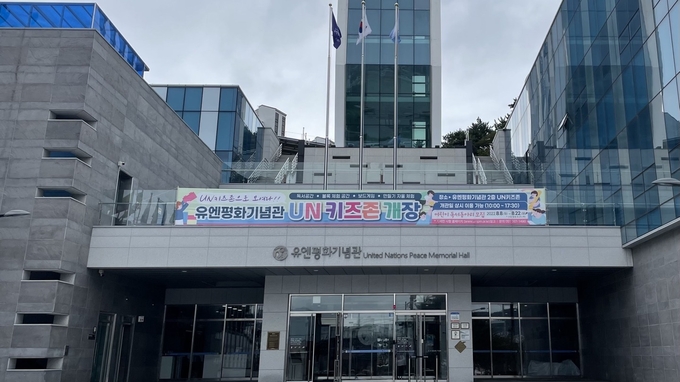 The U.N. Peace Memorial Hall which is located in Nam-gu, Busan, is the only museum in the world built to honor U.N. warring nations and veterans who sacrificed themselves to protect the freedom of the Republic of Korea during the Korean War. The U.N. Peace Memorial Hall was built on November 11, 2014 to honor the UN forces and promote various projects related to world peace. With the idea of planting seeds for world peace as an ideology, the government is seeking various directions with the aim of developing commemorative projects and fostering human resources in the U.N.

The U.N. Peace Memorial Museum Hall plans and operates exhibitions, commemorations, and memorial services to remind the U.N. participating countries and veterans of the war. It will hold a ceremony to commemorate the U.N. Army's participation in the war, welcome the visit of veterans and bereaved families, including promoting global supporters. In addition, communication will be carried out in various ways to convey accurate information about the Korean War and the U.N. participating countries.

In the planning exhibition room of the United Nations Peace Memorial Hall, visitors can see the special theme exhibition from various perspectives. In the Korean War Office, visitors can view the situation from the start of the war to the armistice agreement on July 27, 1953, focusing on the relationship between the Korean War and the U.N. through relics and images. There is also an experiential education room where a variety of experiential education programs are provided. In addition, a U.N. participation room is also set up to display the activities of 22 combat and medical aid countries. Since the birth of the United Nations, the United Nations Office for International Peace has been established to learn about the importance of sustainability through the UN's activities for world peace and its unsolved misery. It also operates a library where you can read books related to the Korean War, the United Nations participating countries, and the United Nations for Peace and Sustainable Development Institute (UNPMSDI). 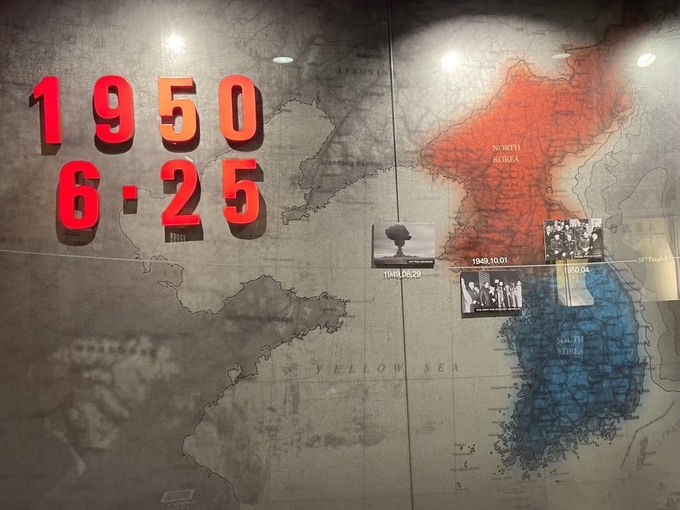 The remains of 11,000 U.N. soldiers killed in the Korean War were buried here between 1951 and 1954. Currently, 2,315 bodies from 11 countries, including Australia, Belgium and Canada, are sleeping. Monuments of Turkiye, Greece, New Zealand, Norway, Thailand, the Philippines and Colombia are built in the symbolic area of the United Nations Memorial Cemetery in Korea. The main grave area where most of the bodies are placed is from seven countries including Australia, Canada, France, the Netherlands, Turkiye, England and the United States. In addition, graves of war veterans, memorial towers for U.N.soldiers, and monuments commemorating U.N. soldiers who died in war are enshrined. A memorial service is held here every year on Memorial Day. It will be held at a similar level to the memorial ceremony of the National Cemetery organized by the government, and will be attended by the mayor of Busan City.

The United Nations Memorial Cemetery in Korea will be open all year round. It will be open from 9 a.m. to 6 p.m. from May to September and from 9 a.m. to 5 p.m. from October to April. The U.N. Memorial Cemetery in Korea is a sacred place where U.N. soldiers who lost their lives fighting for the Republic of Korea sleep, so you should dress appropriately when you visit. In addition, please be quiet, do not smoking, or bring alcohol, and access for pets, and plant contact, including grass, is restricted. This is also a non-aggression zone. It is a space that cannot invade the administrative power or public power of the Republic of Korea. Political, economic, and social activities that harm the atmosphere of memorial in the park can be banned. More details can be found on the United Nations Memorial Cemetery in Korea website.

The U.N. Peace Memorial Hall and the U.N. Memorial Cemetery in Korea provides various information on the Korean War in memory of the sacrifices of U.N. participants and veterans. Therefore, this place is a good place for students interested in Korean history to visit.