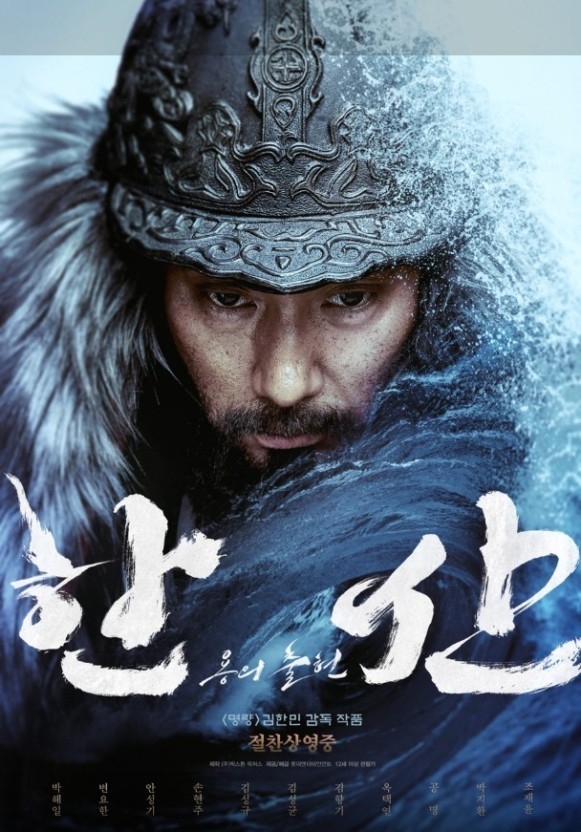 Hansan: Rising Dragon is a 2022 South Korean war action film directed by Kim Han-min. It is the second film of Kim's trilogy about battles led by Yi Sun-sin that started with 2014 film The Admiral: Roaring Currents. The film depicts the historical Battle of Hansan which took place five years before Battle of Myeongnyang depicted in The Admiral. It was released on July 27, 2022 in IMAX, 4DX and ScreenX formats. The background of the movie is when Japanese has occupied Hanyang, Joseon and Japanese troops are collecting in Busan Port. Despite of the inferiority of Joseon dynasty, General Yi Sun-sin prepares a strategic war in at the Sea of Hansan Island on July 8th 1592 which might even decide the overall destiny of Joseon dynasty. The main scenes of the movie takes place on the sea and shows how the general defeats Japanese army using Geobukseon, which is also called as monster of the sea. The head of Geobukseon was shaped into a dragon which made Japanese army fear the ship. The movie shows how general defeats massive amount of enemy with small amount of ships: less than two dozens of ships. By showing the great leadership of general Yi Sun-sin, the movie teaches how great leader Yi Sun-sin was.