Journey of Professor. Park as Sociologist 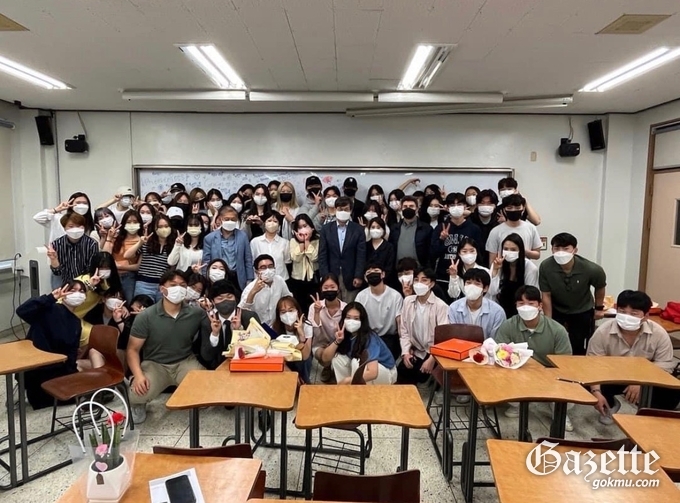 2. As a sociologist, are there any social problems that you are most focused on? Is there any research you've been doing, an issue you've been focusing on recently, and any field you'd like to study in the future?

Sociology deals with various problems within the social structure. Typically, there are problems such as inequality and crime. I am very interested in how individuals solve these structural problems. In particular, I am fascinated by individuals who sympathize with others sharing their grievances about social problems and organize themselves. Such collective attempt to correct structural problems is called social movement. My research interests have been always around various social movements and their impact on social policies. For example, for my doctoral dissertation, I have studied how Chile's indigenous people organize themselves and negotiated and sometimes conflicted with the state as a movement. Finally, I analyzed how this social movement changed Chilean medical policy.

Recently, I have conducted research on social actors' responses and strategies to overcome structural contradictions in Latin America, such as Mexican democratization movements in 1968, Argentine women's movement for the legalization of abortion and Chile's environmental movements. Probably, I will continue to look into the relationship between individuals and structural problems from the perspective of social movement theory. Also, I think it is necessary to compare Latin American social movements with Korean social movements. Through comparative research, it will be possible to generate a broader theoretical framework to explain the conditions under which social movements succeed or fail.

3. There are various fields based in Latin America, but among them, especially which field will be promising in the future?

The number of Latin American experts is so small that it is difficult to say that a particular field is promising. There are not many experts who study properly and have professional knowledge about Latin America. Since Korea is now a leading nation in the international community and needs to strengthen ties with countries which have not been traditionally the focus of our diplomatic efforts, the demand for experts of Latin America Studies will grow. Therefore, I would say, it is difficult to single out a field which is promising in the future in Latin American Studies.

4. So many KMU students agonize about their career path. When you were a university student, did you have any concerns about your career?

Whenever I encounter a student with concerns about their career path, I share an advice I got from a friend when I was at the college. He told me that I might have to make a choice between a job that I would love but is not very promising and one that I am not that interested in but pretty promising. He told me that, if I choose a promising career but not a good match for me, I won't be able to do very well because it does not fit me. Still, it's a promising career path, so I can do something. On the other hand, in the case of a career path that is not very promising but fits well with me, I can do very well with the career. So even if the road is narrow, I would be able to break through the road. In the end, he said both options would be meaningful, so I should make my own decisions. I think this is a bit of very wise advice because it is realistically optimistic. I give my students the same advice; “At the end, you will be more than o.k.. Just make sure you make your own choices” Since I chose the latter, I always thought that I should do better. It certainly made my choices meaningful and made me more responsible. In conclusion, the most important thing is to figure out what you really want or not. That's why many people say that one of the most important things to do in college is to understand yourself. Not an easy task but it is much more important than getting As from classes.

5. Is there any advice you would like to give to students who are dreaming of becoming a Latinamericanist?

Experts in Latin America have something in common with whatever their specialty is. It is the love of the region. I recommend that students who want to become a Latinamericanist to get a lot of hands-on experiences beyond a superficial understanding of the region. I also strongly recommend students to study Latin America by actively utilizing the excellent overseas exchange programs our university has. Due to the COVID-19 pandemic, such opportunities have been deprived to many students over the past few years. But from now one I hope that there should be many opportunities for students to experience Latin America in order to see if they like the region and whether they are happy to be an expert in the region.