Ayla: The Daughter of War 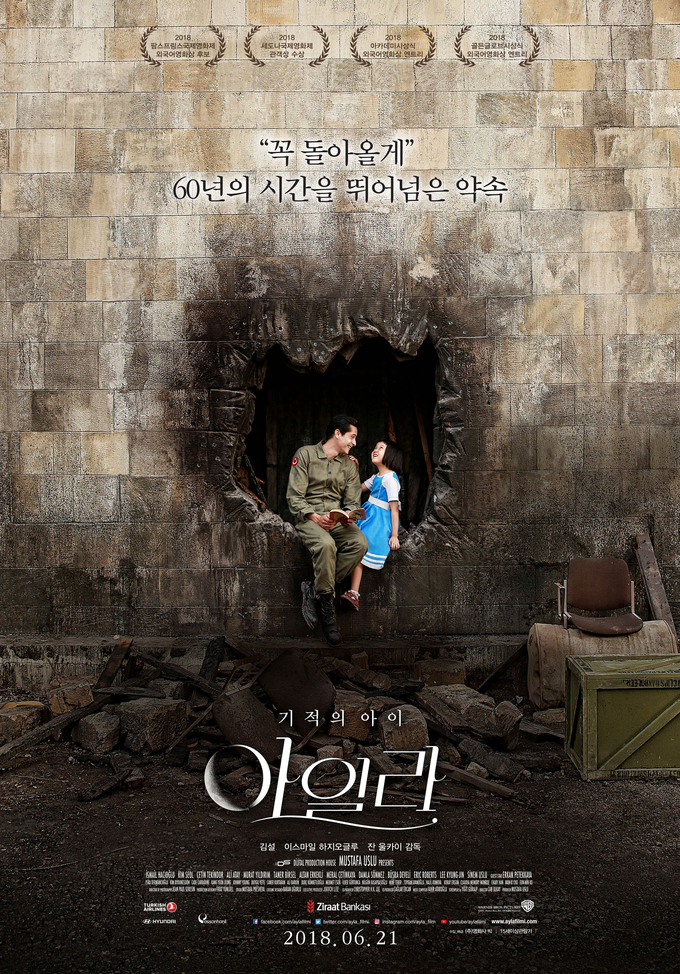 Ayla: The Daughter of War was announced in 2017 and jointly produced by Korea and Turkey to mark the 60th anniversary of diplomatic relations between the two countries. It is a movie based on a true story from the Turkish perspective of the Korean War. It is a touching true story about the most beautiful and affectionate love of a five-year-old orphan and a Turkish soldier who was dispatched to Korea as a U.N. soldier to participate in the Korean War.

The plot of the movie finds a five-year-old girl who was sent to the Korean War in 1950 and is left alone in pitch darkness. The girl lost her ability to speak in the shock of war and losing her parents. Suleiman gives the girl the name Ayla, which means the moon in Turkish, and heads to the unit together. These two become precious and invaluable to each other. But for a short time, Suleiman is ordered to return to his homeland at the end of the war. In the midst of everyone's opposition, he makes his choice to protect Ayla to the end.

The film depicts the reunion of humanity, love between a father and daughter, and the miracle of a father and daughter that bloomed even in the battlefield. Suleiman and the little girl from a faraway country were bound in indescribably warm affection. In extreme situations where life comes and goes, the affection of women shines brightly. Unlike other war movies that hit and break, this movie warms a dry heart. The pain and wounds of war are also vividly revealed. I hope it will serve as an opportunity to look back on the Korean War from a new perspective that we should not forget.