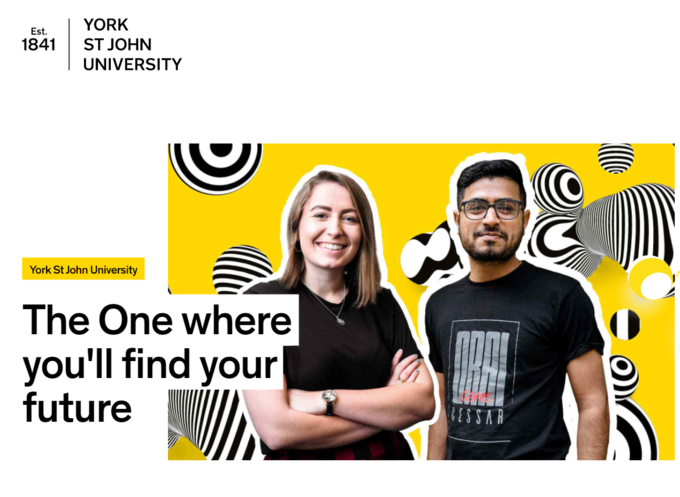 Let me introduce you to the school that is our sister school. In this second semester, Some Keimyung University students will live as exchange students in this school. The University of York St. John (YSJ) is a public university in the tourist city of York in the north of England. This university has various majors such as education, language, environment, management, fashion, and games design, so students have a wide range of choices. An important aspect of this school is that majors related to Koreans have opened: Korean , Intercultural Communication and Linguistics, and Korean have opened. Students who study major about Korea are very interested in Korea, and the school also connects these students with Korean students.
It is also the fastest growing university among those with a Korean language major program in the UK by cooperating with the York Korean Day event. The festival was planned and operated mainly by in-school professionals, professors at colleges where the Korean language department belongs, and students. The York St John University provides language development programs, tours in York City, meetings among exchange students, and clubs where exchange students can participate freely There are various spaces in the school, including a cafeteria, a 24-hour library, Starbucks, and exercise facilities, so students can freely study and enjoy leisure activities. Various programs and events related to Korea are being held in York St John University, and many programs are provided to help Korean students adapt, thereby reducing the burden on school life.
York, where York St John's University is located, was a major military base and administrative center during the ancient Roman era and is the most beautifully preserved medieval city in Britain, and vistors can see rugged walls and a Gothic church. Visitors can also see beautiful streets and buildings and feel the medieval atmosphere with the many old buildings. In addition, there is a street known to have been inspired by the idea of Harry Potter's Diagon Ally, and there are many Harry Potter markets. In addition, visitors can visit Leeds, Edinburgh, and Liverpool, which are cities located nearby.
York is a great school you to experience beautiful English scenery as well as have opportinties to study a variety of subjects.  More information is available on the official site of York St John University. This school's official site is very neat and contains a lot of content, so take a look: https://www.yorksj.ac.uk/