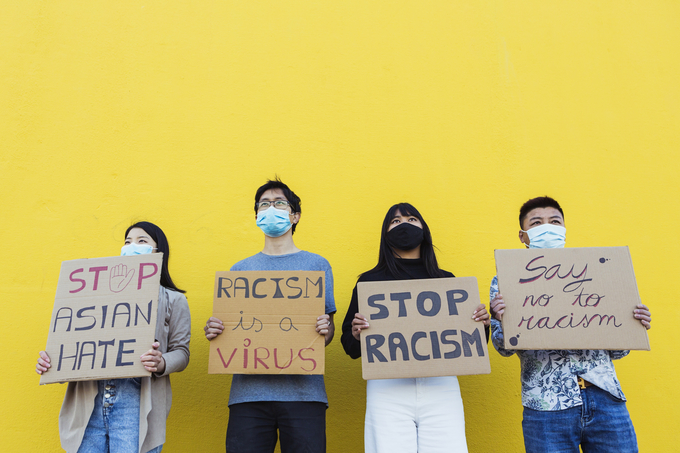 -Increasing Asian Hate Crimes, Why?
There are many hate crimes related to race around the world. COVID-19, which began in 2020, has caused great pain to the world. The virus originated in China, which made China the target of global criticism. Asian countries near China are also suffering from serious hate crimes. Since 2020, when the COVID-19 epidemic began, hate crimes against Asians have continued to increase, but there is no clear solution. In addition, experts say that the ‘white supremacy’ movement that spread in the U.S. during former President Donald Trump's tenure also affected anti-Asian sentiment. Since the spread of COVID-19 in the U.S., former President Trump has referred to the disease as ‘Kung-flu’ or ‘China Virus’ instead of its official name ‘COVID-19’ at every press conference. ‘Kung-Flu is a compound word of Chinese martial arts Kung Fu and the flu. As he has consistently pointed to China as the main culprit of the COVID-19 pandemic, anti-Asian sentiment in the U.S. has risen significantly, and it is believed that Americans are stimulated by this and committing crimes.

-The Case of Hate Crime
Let me introduce some examples of hate crime. On the subway in Philadelphia, USA, four African American girls swore at Asian boys sitting in their seats and began to punch them. When an Asian girl saw this situation, she wanted to stop their actions. But, this time they drove her to the corner and began assaulting her. Eventually, she threw the girl on the floor and kicked her indiscriminately. The police said they plan to impose aggravated punishment on the case along with racial discrimination and assault charges. Hate crimes against the Asian community are increasing in many parts of the United States, including San Francisco and Atlanta.
In the case of New York, out of 265 reports of hate crimes last year, 93 cases led to arrest. Although there is beyond doubt for suspicion as a hate crime, they are skeptical about applying hate crimes because of the lack of evidence to identify the motive for the crime. This local atmosphere neglects hate crimes that increase daily fear. Above all, the burden of proof goes to the victim due to the passive response of the police and the prosecution, but it is not easy to prove this because of the barriers of communication skills, the race of color, and clear evidence. The U.S. Federal Bureau of Investigation said hate crimes against Asians increased 73% from 150 in 2019 to 270 in 2020.

-History of Asian American Discrimination
Of course, Asian hate crimes are not just a problem today. The history of discrimination against Asians is much longer than expected. Most Americans don’t know that anti-Asian sentiment has long been dominant in California, where immigration rates were high. The Chinese began coming to California in 1850 in search of gold. As the Chinese population in California increased, in 1882, the U.S. Congress enacted the ‘Chinese Exclusion Act,’ which completely banned Chinese people from entering the U.S. The first law in the United States to restrict immigration to certain ethnic groups was abolished only in 1943. Economic suppression was also serious. In 1913, the California Congress enacted the law about ‘Foreign Land Ownership Prohibition’ to fundamentally prohibit Asian immigrants from purchasing or leasing land. Even in their daily lives, they suffered blatant racism. In particular, Asian immigrants were treated as second-class citizens in the United States, where the African American population was small. In the 1960s, at the entrance to restaurants, it was easy to find a sign with the phrase ‘No dogs and Chinese access.’ In the 1970s, Asian Americans were also used to instigate conflict between ethnic minorities. Asian Americans were called ‘exemplary minorities’ in the media. This means that Asian Americans among minorities are worthy of emulation. The media frequently compared the socioeconomic success of Asian immigrants to the high poverty and crime rates of African and Latin Americans. Asian Americans are subject to exclusion from white supremacists and threatened by Africans and Latinos. The fact that some of the recent anti-Asian hate crime perpetrators in the United States are African and Latin can be interpreted as having an impact on the concept of exemplary minorities created by white supremacy.
Even now, Asian immigrants in the United States are treated as eternal strangers. The second and third generations of Koreans born and raised in the United States are often asked, ‘Where are you from?’ It is based on the premise that he will not be an American. The reason why Asian Americans are subject to hate crimes can also be found in the historical prejudice called ‘exemplary minorities’ and ‘eternal strangers.’ 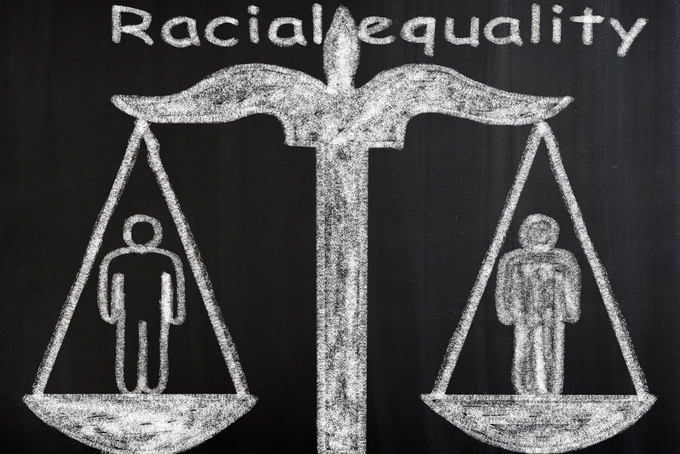 -Changing Mood, What Should We Do?
Fortunately, the situation in the United States is changing little by little due to recent past events. The BLM (Black Lives Matter) protests have raised awareness of racism, and the U.S. Congressional invasion of the Capitol has also boosted calls for urgent measures against white supremacy. In addition, the Asian-American community has begun to take its criminal countermeasures. Asian rights groups have been established to track hate crime cases, and mainstream media are also actively reporting related issues, recognizing the seriousness of anti-Asian hate crimes. As a result, hate crimes against Asians began to be treated as a major agenda in politics. A hearing was held in the House of Representatives for the first time in 30 years on discrimination and violence against Asian Americans. Above all, U.S. President Joe Biden signed an Asian hate prevention bill. The bill aims to quickly deal with hate crimes that have soared since the COVID-19 pandemic. Biden said, ‘Asian Americans are the ones who helped build the country, but they have often been forgotten and ignored. Silence is a conspiracy for a crime.’ This act was passed with overwhelming approval in the U.S. Senate and House of Representatives. Under the new bill, the Department of Justice has set up a new position to quickly review anti-Asian hate crimes, and the Department of Justice and Health and Human Services working with community organizations to create guidelines for hate crimes and establish an online reporting system. This system is also important, but above all, people should understand the historical context of hate crimes and racism, and recognize that discrimination cannot be justified for any reason.
so09141@naver.com