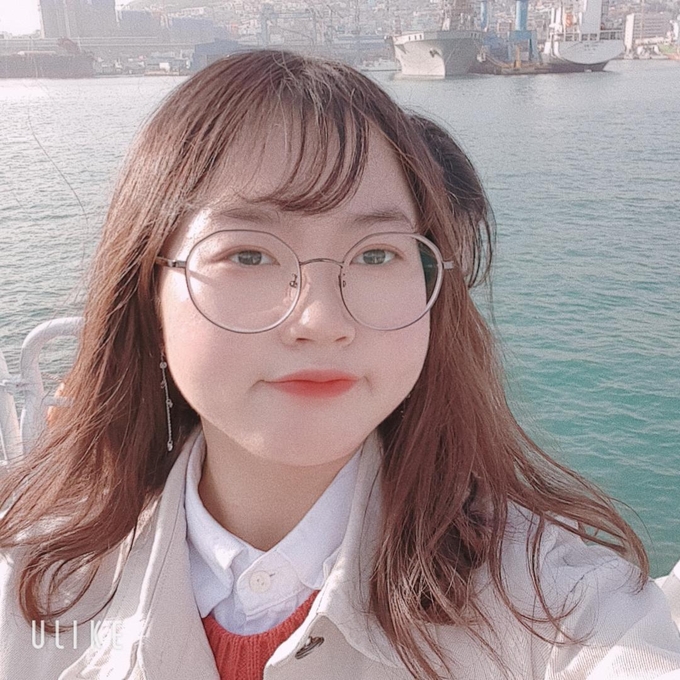 Q1. Please introduce yourself briefly. Why did you decide to study in China?
- Hello, I am Hani Lee, one of the students of Department of International Business from Keimyung Adams College. On September 6, I entered in China and as of September 13, I am taking Chinese course at Soochow University in Suzhou (Jiangsu province).
I had been at a foreign high school that had students choose two languages to major in, so I majored in Chinese and English. As time goes by, I had started to love studying China and Chinese. After entering in university, I still had learned Chinese at Confucius Institute in Keimyung University. Then, I found that Confucius Institute annually gives students who studied Chinese at Confucius Institute opportunities of studying in China (it’s called as ‘International Chinese Language Teachers Scholarship’), so I applied myself for studying Chinese at Soochow University for 1 year and finally seized my opportunity.
Recently, I made up my plans of working at China, and I still firmly believe that those who want to use foreign language on their life must have experience on that country. That’s why I have set a goal of studying in China.

Q2. What classes do you take this semester, and what is your favourite class?
- Soochow University provides students three compulsory courses, which are comprehensive Chinese course (Grammar and Chinese characters), Chinese conversation course, and Chinese writing course, and several selective courses such as Chinese calligraphy course, Chinese geography course, Chinese history course, etc. Now I am in 4th level, which aims to get certificate of HSK (Chinese Proficiency Test) Level 5.
For me, every course is a little bit difficult, but I think all of them are very helpful and meaningful, since I learn plenty of words and expressions that I can use for actual communication with the Chinese. I feel very satisfied of every course, but I like Chinese conversation course the most, because in this course teacher often let students discuss about certain topics.

Q3. What has made you happy while living in China?
Living in China, everything is in Chinese. In other words, to a passionate Chinese learner like me, here is a paradise! I find out that my Chinese skill is getting better day by day. Not only for Chinese learning, but I can also learn Chinese culture by experience, for instance I was thrilled when I got Moon Cake for lunch during Mid-Autumn Festival.
Besides, payment services such as Alipay and Wechat Pay are very convenient, you can just present your QR code to clerk to pay your stuffs. Also, you can purchase stuffs at more reduced costs than in Korea. For instance, at Taobao (Chinese online-shopping app), you can purchase 5kg of pomegranate for $2.8.

Q4. Do you have any difficulties taking classes or something like that?
When I studied Chinese in Korea, I was really used to Mandarin (standard Chinese mostly used in Beijing) and teachers spoke in Chinese quite slowly. So, when I arrived Pudong Airport in Shanghai, I was very embarrassed at not only airport workers’ dialect, but also speed of their speaking. Even worse, they could barely speak in English! Also, frankly speaking, when I had self-quarantine at a hotel in Suzhou, I could barely answer to the call of hotel staffs. So, I realized that I must study Chinese much more to survive in China!
Besides, when entering in Suzhou, I must had self-quarantine for 28 days, made me a little bit annoyed. But I quite understand Chinese government’s foreigner entry policy, because accepting foreigners in recent times is quite risky.

Q5. What are the most interesting things for exchange students?
According to recent Chinese government’s foreigner entry policy, foreigners except Korean, Japanese, Taiwanese cannot entry to China. Therefore, mostly two things varied compared to pre-pandemic period. First, my classmates are now mostly comprised of Korean and Japanese, compared to pre-pandemic period, students’ nationality composition became quite reduced. Second, the number of students is quite reduced. In pre-pandemic period, there were almost 40 students in one class, but now there’s only 21 students in my class.
I think it’s a pity for me that I can’t get along with many students from various countries, but at the same time, I feel satisfied that teachers are taking much more care of each student, and I can participate much more on class time compared to pre-pandemic period. One day, during Chinese conversation course’s class time, teachers let students discuss about divorce. Then, it only took 30-35 minutes for all students talking about their opinions. Furthermore, the teacher fully paid attention to all students’ opinions and corrected each student’s grammar mistakes.

Q6. Are there any tips for KMU students who want to study in China?
As far as I know, you have several ways to study in China as KMU student. First, you may participate on KMU exchange student program. Second, if you are a student from Major In Chinese Language and Literature or Major In Chinese Studies, you may participate on extra programs that are mostly open to your major students. Third, you may apply for Chinese courses of several Chinese universities that are opened to foreign students. Fourth, if you are applicable for International Chinese Language Teachers Scholarship same as me, you may apply to it. (For more information, contact me via my email (5595215@kmu.kr)).
Still pandemic affects everything, including studying in China, but several universities including Soochow University, East China Normal University, etc. provides offline courses to mostly Korean and Japanese. So, I recommend you think about whether you really want to study in China in this pandemic period. Chinese government set self-quarantine period quite longer than the other countries (for instance, 21 days for Shanghai), and Chinese entry policies are getting complex these days (for instance, recently Chinese government issues visa to whom got fully vaccinated.) You should think deeply about the reason why you want to study in China even if you endure inconvenience. But one thing to remember: if you have a definite reason to study in China, you would be willing to endure all of inconvenience.