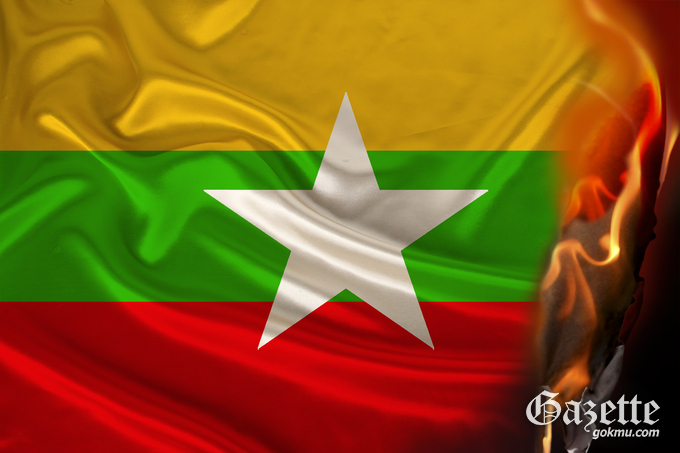 On February 1, Myanmar's military seized power in a coup d'état after the results of the Myanmar general election showed Ms. Suu Kyi's NLD party won by a landslide. Also, the military has launched armed attacks on protesters who have called for the restoration of democracy in Myanmar, killing or wounding many of its people.

After the coup, Myanmar's military commander-in-chief Min Aung Hlaing, took power in Myanmar. Even when Myanmar maintained its democratic system, he exercised political influence in Myanmar for a long time. Then, after the coup, under his leadership, Ms. Suu Kyi, considered a symbol of Myanmar's democracy, was imprisoned in an unknown place. In his first public statement after the coup, he attempted to justify the coup, saying that the military was on the side of the people and that the military would form a true and disciplined democracy.
The military declared a year-long state of emergency in Myanmar after taking power, and the people of Myanmar have protested numerous ways against the coup. In response, the military mobilized soldiers to disperse the protesters. On the streets of Yangon, people said they felt their hard-fought battle for democracy had been lost. The military has used water cannons, rubber bullets, and live ammunition to fire indiscriminately at protesters. They also imposed a curfew and other restrictions on the people of Myanmar.
In response, most leaders in the international community have expressed a negative stance on the coup. UN Secretary-General Antonio Guterres reportedly called this crisis a ‘serious blow to democratic reforms’ and called on all leaders to refrain from violence and respect human rights. Also, U.S. Secretary of State Antony Blinken tweeted, “I send my deepest condolences to the victims’ families. The courageous people of Burma reject the military’s reign of terror. " He said ‘Burmese’ and ‘Burma’ instead of Myanmar because that is the name the country previously used, and the American government still uses. But China, which maintains close ties with Myanmar's military, mentioned at a press briefing by foreign ministry spokesperson Wang Wenbin, "China hopes the various parties in Myanmar will appropriately resolve their differences under the constitutional and legal framework to protect political and social stability.”