Pros and Cons of Raising the Age Standard for Senior Citizens 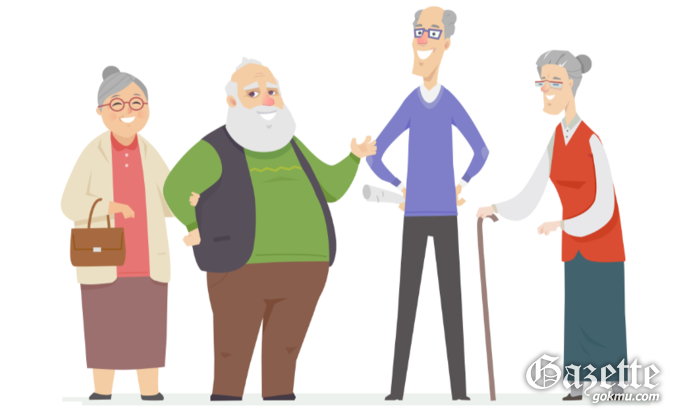 As soon as the government officially left its position to raise the age of senior citizens from 65 to 70, many pros and cons were posted on the Cheong Wa Dae national petition site. There is strong disagreement about whether the retirement age should have been increased as life expectancy has increased. In addition, people disagree that the reduction in welfare benefits due to the retirement age increase will lead to more poverty among the elderly.

Raising the age standard for senior citizens is changing the threshold of benefits for senior citizens' welfare. There is a big change in our society called "aging." If society changes at the right time, it should change its policy. If the policy changes around the time of aging, the welfare policy for the elderly should also change. Also, the change should be to raise the standard age of senior citizens' welfare. I agree with that on two grounds.
First, social and economic losses due to welfare benefits for the elderly occur. Those in their 30s and 40s and future generations, who are unable to become grandparents at the age of 65, may eventually work longer for themselves, and their spouses.  It is not easy to live within one profession for 40 years and live with only one income for 75 years. If you have a family, it is impossible for a generation who saves more than half of their monthly income even if both parents work. In order to live a good life in old age, it is undeniable that working a little more is the most basic solution, so the age standard of the elderly should be higher.
Second, an age standard suitable for aging is needed. Raising the age standard for senior citizens is a problem that needs to be solved quickly by looking at society as a whole and looking at the national level. According to current expectations, by 2026, Korea will enter a super-aged society, which is in five years. In other words, 20% of the total population in Korea will 65 years of age or older. If the age standard for senior citizens is not raised, the current economically active population between the ages of 15 to 65, must cover the basic pension, national pension, and social welfare budget of more than 20% of the total population. Social welfare budgets exist by age and class, and it is highly likely to increase because they are not just welfare budgets for the elderly. Considering the limitations of the National Pension Service's fund management returns, which are more important, and the recent poor returns, I think it would be better to open the way for the pension to be delayed or accumulated longer or more.
In addition, flexibility of the target of the policy is required. Flexible welfare services should be set up in preparation for the rise of the standard age for senior citizens. An alternative should be established not just based on age, but on reflecting various needs.

By Chang Se-young(Department of International Business)
First of all, it is clear that Korea is an aging society now, and the elderly poverty rate is high among OECD countries. Once the age of senior citizens is adjusted to upward, the poverty problem in this aging society will worsen, which will likely lead to a gap between the rich and the poor as a whole. Also, the elderly standard should not be raised because children's parents support the elderly, and the rising standards of the welfare system will greatly increase the financial burden on their children.