Is a zoo a necessary facility? 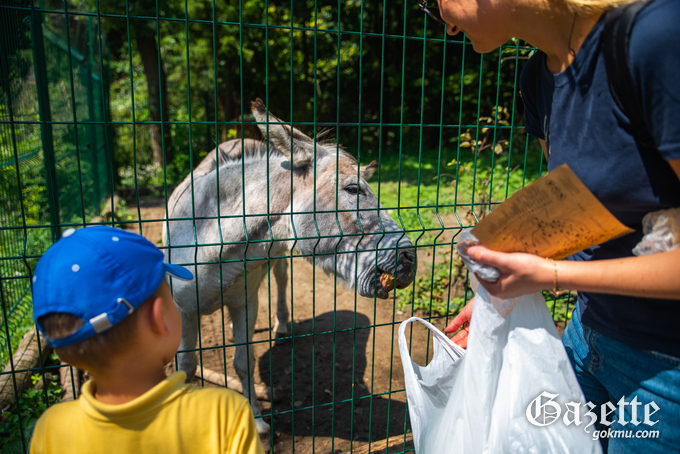 There are about a hundred domestic facilities in Korea that house and display animals such as zoos and aquariums. The so-called ‘Zoos Law’ was enacted in 2016 after questions about the abuse of breeding animals and poor breeding conditions. However, animal rights groups still claim that the laws cannot completely prevent animal abuse. Many argue that zoos are basically not for animals, but for human selfishness. Therefore, it is argued that public breeding facilities, which basically focus on 'attention' rather than 'protection' of animals, should be abolished. On the other hand, many believe that zoos still contribute to the protective function of animals and harmonious coexistence with humans. Can zoos perform their well-intentioned functions through fundamental improvements? The debate continues on whether zoos are really necessary facilities.

Zoos have been around for over 300 years. They are places to make valuable memories for many people. For adults, it was a place where they went out with their family when they were young and a place they will bring their children. For children, it is one of the first places to make memories with their families valuable for.
First, zoos reproduce and preserve endangered animals. One zoo succeeded in raising a golden monkey designated as one of the three most protected animals. These days, golden monkeys continue to breed. The number of endangered animals is increasing due to reckless development and environmental pollution, and zoos are playing a role in protecting endangered and rare animals. You may wonder what happens when you bring animals from nature for the exhibition, and the number of wild animals decreases. However, as the zoo operates in exchange for other zoo-breeding animal, it does not indiscriminately capture wild animals and bring them to the zoo, as it is concerned. Also, the destruction of the ecosystem by humans has already lasted in many areas for a considerable period of time. In this situation, I think the realistic alternative that humans can do for animals is to create a "good zoo" that has an environment as close to the natural state as possible, manage and protect them.
Secondly, a zoo is a place of education to teach visitors ecological knowledge and the spirit of respect for life. According to an article in 2016, a school provided emotional education through animal experience at a mobile zoo in Juanbuk-cho, Incheon. The elementary school conducted the 17th session of the Friends Mobile Zoo. Professional instructors introduced about 26 kinds of animals, including large snakes, crown parrots, and hedgehogs. Students could directly experience the characteristics of animals because they were allow to observe, feed and touch the animals. Through contact with various animals, the students gained love for animals, dignity for life and emotional stability. As such, zoos play a crucial role in biodiversity education and teach the spirit of respect for life.

By Kim min-gyeong(KAC Department of International Business)
In the past, zoos were a symbol of the power of the ruling class. Especially in Europe between 1400 and 1700, zoos became a symbol of power and wealth and developed into entertainment. But in the late 1970s, philosopher Peter Singer has "animal rights" [an animal also has perceptual and sensory abilities, so it has a moral right to be protected. The perception of zoos began to change as they began to assert.] In modern times, zoos are striving to preserve endangered animals that have emerged as humans develop nature. It also seeks to overcome the limitations of the zoo, a new habitat for wild animals, through an animal behavior enrichment program. In other words, zoos do not mean simple entertainment or a symbol of wealth. Therefore, it is necessary to protect endangered animals through zoos.

There is no denying that zoos help with animal protective functions and research, but I don't think zoos are necessary because of the negative factors. In fact, the negatives outweigh the positives.
First, zoos have poor conditions for animals to grow and thrive. A large number of animals live together in a small space, so there isn’t enough space for them. Also, there are many animals who have to listen to the sounds of their natural enemies all day long. Additionally, zoos often have animals from all over the world, so there are animals from climates that are vastly different from the climate in the location of the zoo. It is hard to think that animals can be happy in this environment.
Secondly, the fact that zoos have protective functions cannot be denied in itself, but most of the animals in zoos are not endangered animals, and many of them are incestuous and have offspring with congenital birth defects. This becomes a medium of disease that disables the value of animal conservation and prevents these deformed animals from being reintroduced into the wild, but zoos are hiding it. Also, zoos say conservation in an animal’s original habitat is impossible due to costs, poaching and habitat destruction. However, the Aspinall Foundation has reintroduced several species of animals born and raised in a zoo into the wild and has proved that they can protect animals in the original habitat, not the zoo, through protection of the introduced area and observation for many years.
Third, there is an opinion that zoos help human education. In the case of birds in zoos, it is common to cut their wings to prevent them from flying. Therefore, birds are likely to get sick due to stress, self-inflicted wounds, or poor immune system. It is hard to say that it is educational to see animals trapped in zoos and 'exhibited' because of human greed, losing their characteristics and suffering.
These reasons suggest that zoos are built for the audience's experience as human-centered facilities, not as facilities for animal welfare. No artificial environment can make animals happier than natural conditions. Also, if animals currently living in zoos cannot be sent to their natural habitat, they should stop buying and reproducing new animals and gradually eliminate zoos.
●Opinion from a reader

By Chang se-young (Department of International Business)
I have heard that 70 percent of animals that grow in zoos die or die from diseases without meeting their average life expectancy. In addition, although laws related to zoos exist, they are still neglected in the case of animal welfare due to insufficient provisions related to animal welfare. Therefore, I think zoos should be eliminated for animals. If it is difficult for zoos to disappear immediately. They should try to switch from the form of zoos they see to the organization that manages wild animals. Also, I think that education should also be done so that animals can accurately recognize that they are not human entertainment tools.