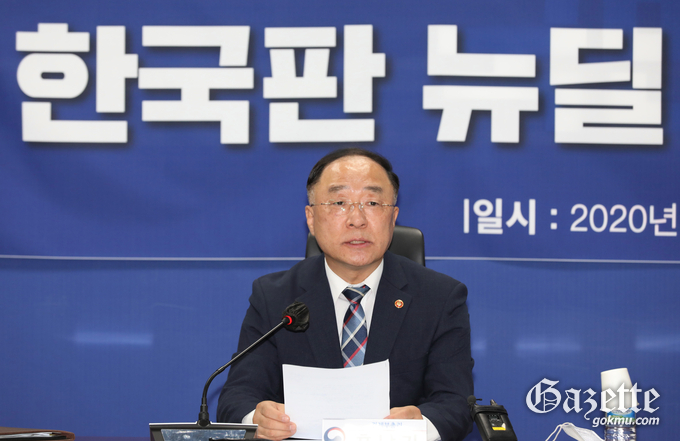 On July 14, 2020, the Korean government announced a Korean New Deal as a national economic measure to revive the sagging economy after the coronavirus crisis. Just as U.S. President Roosevelt pushed for a new deal to create jobs and strengthen workers' welfare by introducing a minimum wage system and unemployment insurance to overcome the great depression, the plan is aimed at effectively responding to the post-corona era and becoming a leader in the global trend.
The Korean New Deal is a six-year economic measure that will lead to investment and job creation in each sector, led by a digital new deal, a green new deal, and strengthening safety nets, by 2025. First, in the case of the digital new deal, the goal is to make Korea a leading economy by creating data dams using public data and artificial intelligence data in line with the changes of the times, creating jobs and creating a virtuous cycle leading to innovative services such as technology development and non-contact services. The green new deal aims to create a green-friendly environment in people's daily lives to realize a future society where humans and nature coexist, and to transform fossil fuel-oriented economic and industrial structures into clean energy with a carbon-neutral society as its goal. In addition, it is expected that new jobs will be created in the process.  Finally, in the case of strengthening the social safety net, the government will expand the scope of support to address the blind spots of employment insurance. In addition, the goal is to create an inclusive society by expanding the budget for emergency welfare as the last social safety net to support those in need of livelihood support.
However, there are concerns that the Korean New Deal could end up as a short-term solution, that jobs could be lost due to the development of artificial intelligence, and that the green new deal would not consider the rest of the environment focused on job creation. These concerns should be reflected in the realization of the policy and taken care not only to overcome the economic and social suffering of the post-coronavirus era but also to go a step further so that it can be used as an opportunity to grow the economy and improve the lives of the people.