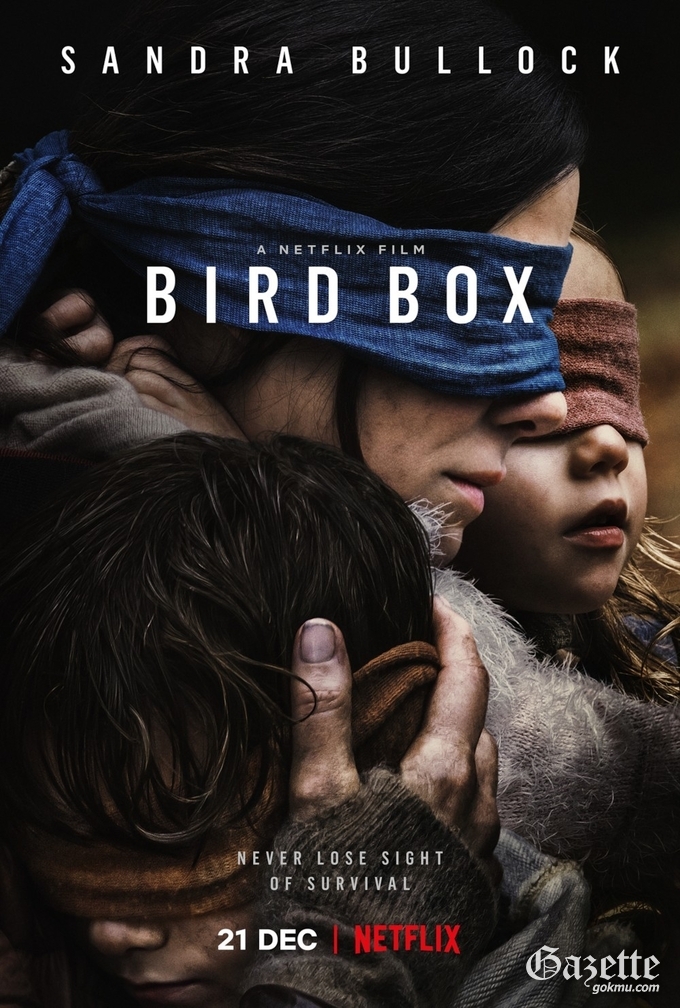 The birdbox is a drama/ SF genre movie and a Netflix original. Briefly, the movie is set in a time when people who have seen an unknown entity experience an uncontrollable desire to kill themselves. Because of the mass suicides which ensue, the world is in complete panic. Consequently, in this world, people cover their own eyes to survive, and the protagonist who is supposed to protect two children in a world where the end is coming, is looking for a safe haven, but she cannot use her eyes.

This movie can be compared to existing works of the same genre. First, by covering people's vision, they contain the fear that people feel. Unlike other films, the fear and discomfort of covering the eyes can actually be experienced by anyone and is thus familiar to us which makes the movie more captivating and tense. The movie also makes viewers reflect as realists and idealists to consider the difference between simply surviving and living. The lack of vision encourages people to think about prejudice. In this film, the protagonist isolates herself due to the fear and prejudice of the world that was not experienced in a cage as is the title of this film. These points lead viewers to consider that seeing the world with our own eyes can lead to prejudice and fear.

We sometimes focus on surviving exhausted from the hard realities of life, losing our dreams and hopes. But like the message this movie, we have to go further from just surviving and become living beings. Watching this movie, I hope you have time to think about whether you have the real eyes to live your life.