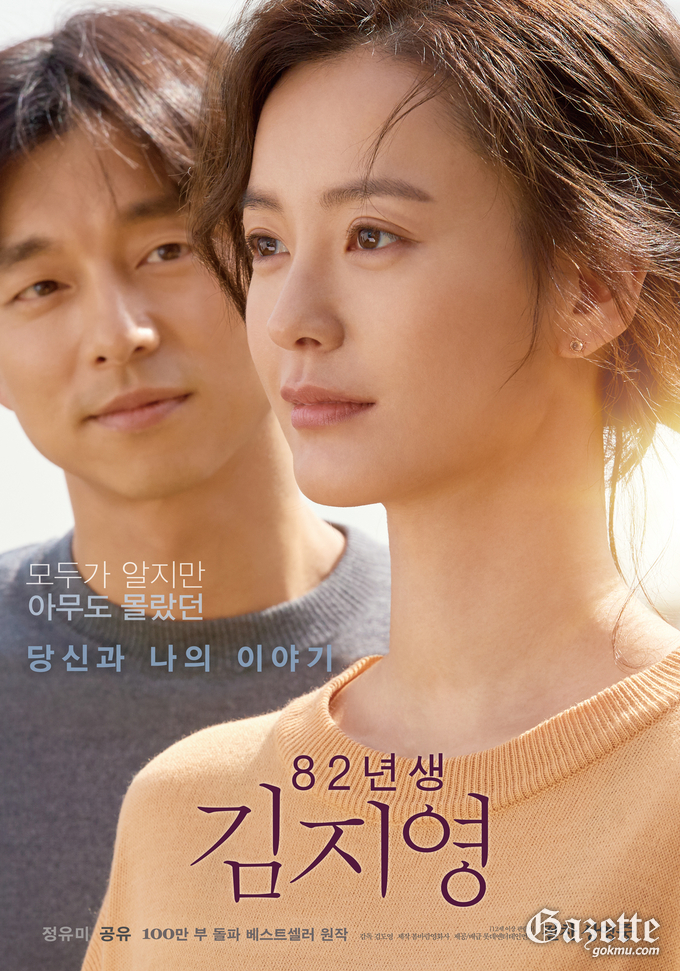 The movie ‘Kim Ji-young Born in 1982’ has been enjoying a steady run in the box office as of  9 a.m. on Tuesday, the third week of its release. This tells the story of Ji-young, a character that slowly develops her emotions through her relationships with close people, her self-confidence-filled childhood, and through her family.
The movie is based on the novel ‘Kim Ji-young Born in 1982’ and centers around a housewife who becomes a stay-at-home mother and later suffers from depression. Born in the spring of 1982, Ji-young (Jeong Yu-mi) who just started out in a career, dreamed of traveling around the world with her sister and admired career women. Ji-young approaches her daily life with a calm expression that depicts the feelings of a character who sometimes feels happy but sometimes feels uncertain about the repetitious reality. However, one day, Ji-young suddenly talks as if she were someone else. Through this change, the movie suggests irrationalities of a society applied especially to women such as through suppression, discrimination or being isolated.
Because this film deals with the issue of gender issue, voices of criticism and support can be found online. The movie ‘Kim Ji-young, born 1982’ suffered from false negative ratings and bad feelings even before its release. However, thanks to the enthusiastic response from the audience, the company surpassed the break-even point of 1.6 million viewers in just eight days after its release and has surpassed 2 million viewers in just the 11 days it has been showing.