The Protests of Hong Kong 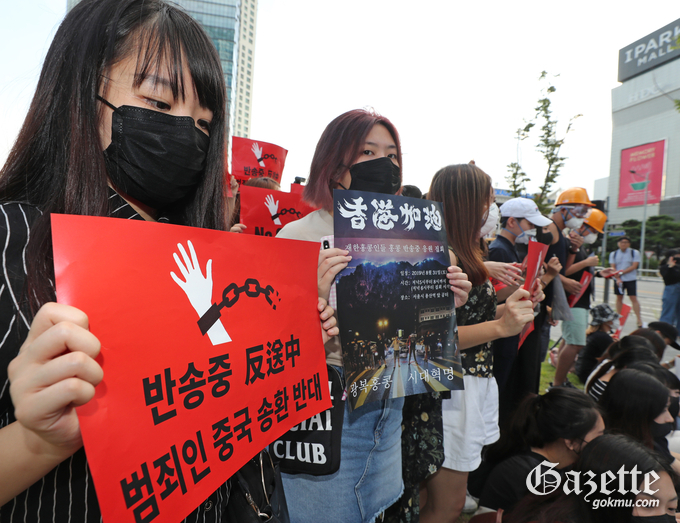 Hong Kong citizens have held protests to oppose the extradition bill since March 31, 2019. The extradition bill allows criminals to be sent to countries or regions that have not signed criminal extradition treaties with Hong Kong including mainland China, Taiwan and Macau. But Hong Kong citizens oppose this bill because if the extradition bill is enacted, the Chinese judicial system will torture people and force a confession. They are also concerned that the Chinese government could abuse this bill to repatriate anti-Chinese figures or human rights activists from Hong Kong to mainland China. One seventh of Hong Kong’s population participated in the protests, and many corporations and workers declared a strike.

There was a main incident that led to protests. A Hong Kong man traveled to Taiwan with his girlfriend, but they fought and he killed his girlfriend. The man abandoned his girlfriend's body in Taiwan and returned to Hong Kong. The Hong Kong police, however, could not repatriate him to Taiwan despite arresting him because Hong Kong does not have a criminal extradition treaty with Taiwan. He also could not be punished because he did not commit a crime in Hong Kong. Therefore, the Hong Kong government decided to promote the extradition bill that would allow criminals to be sent to countries that do not have extradition treaties with Hong Kong. This includes not only Taiwan, but also mainland China and Macau. Hong Kong citizens objected to the bill because they believe it would be abused by unfair political judgments of the Chinese government.

The protests that started in March kept growing with over one million participants on June 9, 2019. That number rose to two million on June 16, and after that, even middle and high school students joined the protests. The Hong Kong government suppressed the protests with tear gas, rubber bullets and water cannons, and more than 80 people were injured. Finally, the Chief Executive of Hong Kong announced the withdrawal of the extradition bill on September 4, 2019. Hong Kong citizens won after the last 88 days of protests.

Instead of finally ending, the protests have continued. The Hong Kong protesters said they will not stop the demos until the government meets four remaining requirements. Their requirements include an independent investigation of the police's brutal suppression of protesters, the withdrawal of the definition of protesters as a mob, the unconditional release of arrested protest participants, and implementation of a direct election system for the chief executive. As the world cheers on Hong Kong, the Hong Kong protests should be resolved peacefully.