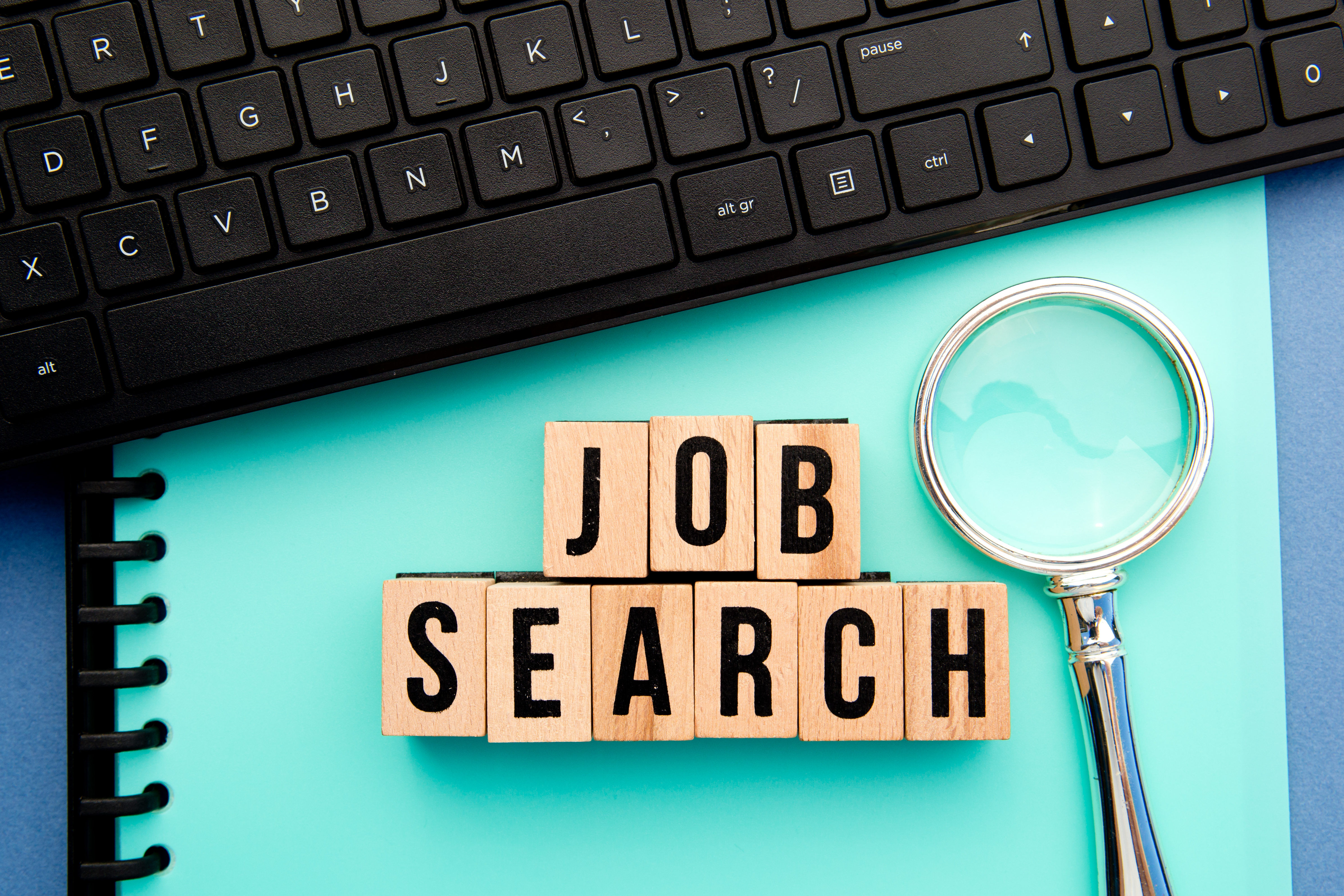 ● The Percentage of Employment of Korea
The fall semester has begun. Most students are focused on finishing the year, but some students are busy looking for jobs. Students focus on looking for jobs in the second half of the year because that’s when many recruitment announcements are made. Some students continue to receive instruction about their cover letter, while others have study groups to prepare for job interviews. Also, there are many students who attend institutes to acquire certificates or take language courses. Their daily lives are overflowing with activities. However, according to sedaily, the employment rate of young people is only 42.3 percent. Only four out of ten people are working. This shows the seriousness of employment problems among young people in Korea.

● Worries of Students Preparing for Employment
Among soon-to-be university graduates, many students are considering a temporary absence from school and postponing graduating from college to look for a job. Job Korea surveyed 2,050 university students in February of this year, and said that 18.9 percent of students were planning to take a leave of absence from school. Of that 18.9 percent, 28 percent were seniors, 8.6 percent were freshmen, 18.5 percent were sophomores, 24.7 percent were juniors. This shows that a significant number of seniors were eager to take a leave of absence from school. There are many reasons such as paying university registration fees, participating in overseas programs, or getting qualification certificates. Usually, the burden of university tuition is crucial for the first grade to third grade. However, it is less crucial for seniors, so they are eager to take a leave of absence from school to postpone their graduation. Moreover, according to albamon, 47.5 percent of the respondents said they considered postponing graduation. Therefore, students are nervous not excited about graduating because they are worried about finding a good job, which becomes harder after graduation.
Secondly, students are concerned about the costs of getting a job and employment preparation period. According to a report by the Presidential Committee on the Young Generation, the employment preparation period was more than 6 months for 30.5 percent of new job seekers and more than a year for 41.3 percent of them. This means that more than 70 percent of new job seekers were preparing for more than six months. As the length of this preparation period increases, the amount of job preparation costs gets ever more burdensome. In preparation for employment, there are many costs including qualifications, language academies, interview clothes, and interview studies. The preparation costs for getting different jobs, as seen in the table, are huge and they must be paid over a short period of time, making job preparation more difficult. On average, the cost of employment for college graduates is estimated at more than 40 million won per person, including college tuition fees. Without knowing whether they will find a job or not, young people constantly worry about the employment preparation period and costs. These worries in this insecure job market make young people lethargic. Young people are facing a lot of barriers in preparing for the job. We need a solution to this. 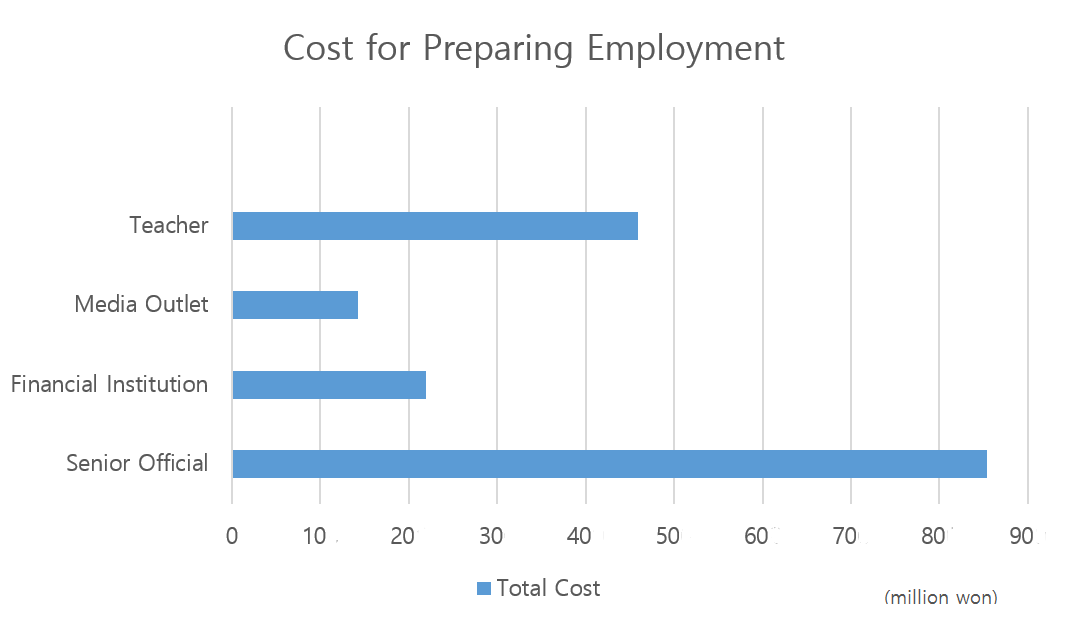 ● Job Creation by the New Government
In this precarious job market, a new government was launched. Many university students are interested in Moon Jae-in’s pledges, especially job-related plans. Moon said, “Employment is the most important thing to solve,” ranking the problem as a top priority. As a result, Moon launched the “Committee for Generating Jobs,” and made the “Job Situation Room” at Cheongwadae. Also, if you visit the Cheongwadae homepage, you can find a new banner called “Job Situation.” Judging from this, it is hopeful to say that the situation in which students prepare for employment will be better. Let’s go into more detail about the President’s job policies.
Moon announced that he would create about 17,000 jobs in the public sector during his five years in office. This means that there will be many new public service jobs that need to be filled. Additionally, he stated that the government will hire 12,000 civil servants in the latter half of this year.
He also said he will push for shorter working hours to create additional jobs. Moon suggested limiting work hours to 52 hours per week. This can improve people’s quality of life while increasing the number of jobs. Currently, the maximum working hours are 68 hours. However, private companies often find it difficult to easily accept reduced labor hours without losing profits. Therefore, the government said it will greatly expand government support, including giving priority to the government to invest in companies implementing the system. These plans will create a large number of jobs, helping Moon to achieve his goals.
In addition, the government has decided to eliminate temporary workers and devise policies to support small and medium-sized enterprises. Moon enacted a special law prohibiting temporary workers. Also, if medium-sized enterprises recruit three young people, the government will pay one person’s wages for three years. Finally, Moon plans to create a public big data center in preparation for the fourth industrial revolution to help create jobs.
If the job creation measures are realized, young people can expect their lives to become better. It is expected that local governments will develop various job support programs with Moon. Currently, Daegu and Daegu Fashion are offering a free suit to young jobseekers. Soon, students can expect to find various job-related services, freebies and discounts in Daegu and all over Korea. 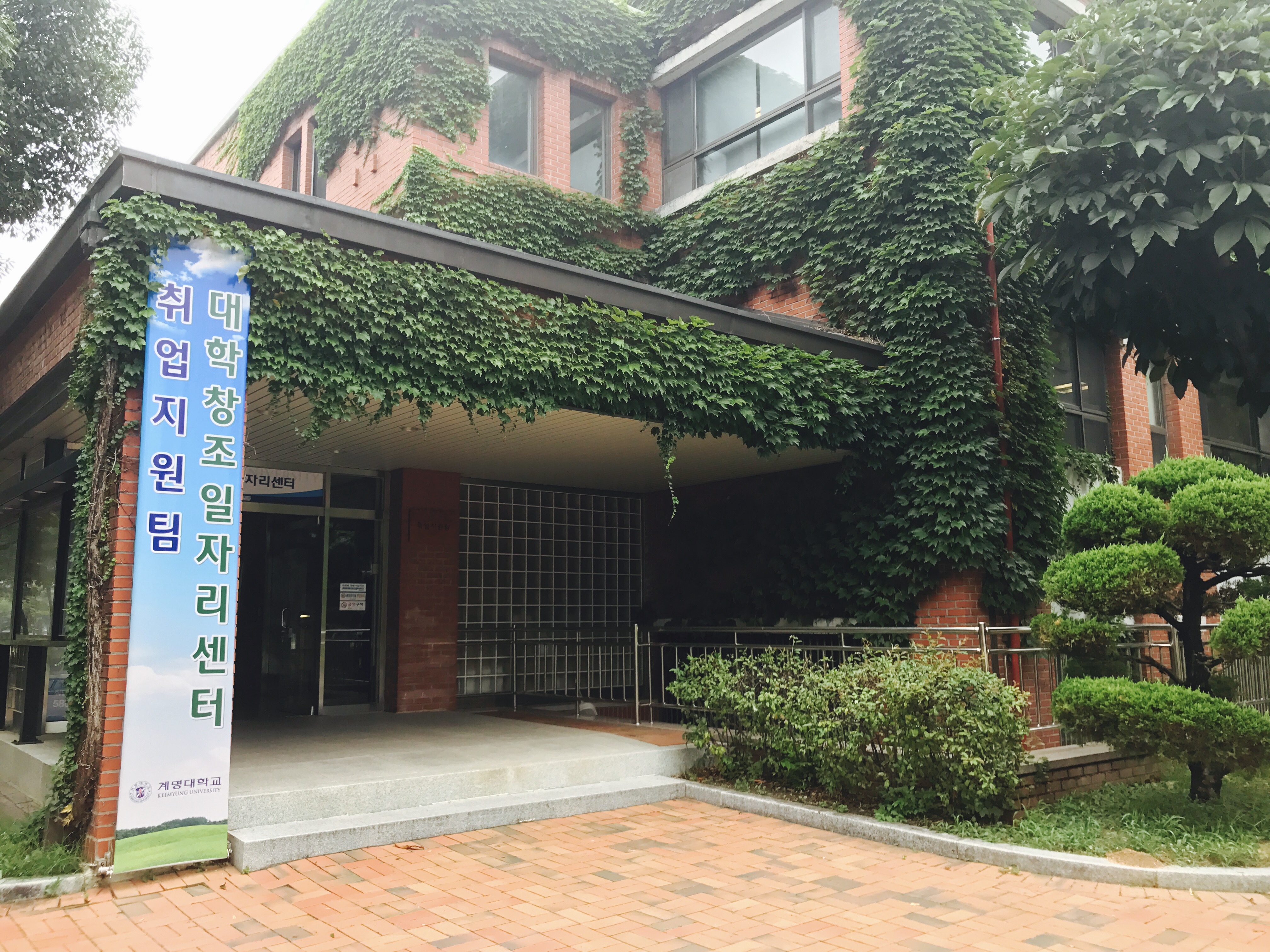