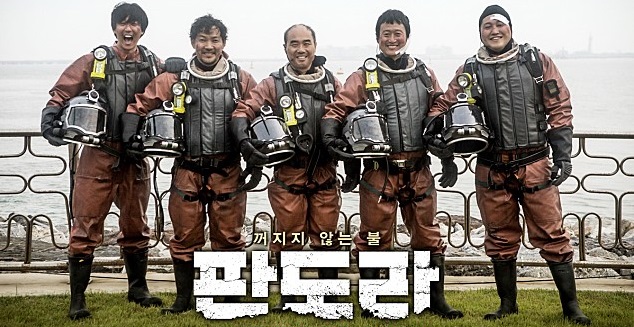 Pandora, which is a Korean movie, premiered last December 7th, 2016. The director is Park Jung-woo, a famous storyteller who writes scenarios such as ‘Raid on Gas Station’, ‘NO.815’. In Pandora, he takes on the scenario, directing, and planning. Due to his great he made this movie over 4 years.

The film is about a nuclear power plant accident modeled after the Fukushima Nuclear Disaster, so it makes people recall the accident that happened 5 years ago. The nuclear plant’s name is Hanbyeol, modeled after Gori, the oldest nuclear plant that was decided to be shut down in Busan. This movie would be suitable for the ages of 12 and over but if you want watch this movie, you should take notice because there are some shocking scenes caused by radiation exposure.

The power plant’s manager predicted the old reactor No. 1’s danger and tried to tell the president, but he was ignored each time because of prime minister. The manager’s report about the dangerousness of the old nuclear reactor was delivered to president, but the president who was under minister’s control, didn’t take any steps to improve the safety.

In the meantime, there was an unexpected large earthquake that measured 6.1 on the Richter scale. The village fell into utter confusion in a moment, and a problem came up in the Hanbyeol nuclear reactor No.1 which was undergoing repair work. The problem was a crack in a valve that acts to cool the nuclear power plant. The government should have evacuated villagers in the nearby area, however, the incompetent president did nothing to evacuate because the prime minister said that the evacuation all of the villagers was impossible and would cause chaos in all over the country.

Finally, the Hanbyeol nuclear reactor blew up with a terrific explosion due to the government’s slow reactions and focus on only calculating their profit and loss. Only after the explosion does the government evacuate the villagers to the neighboring gym and lock the door so that the irradiated people cannot leave. Even the water ran short to use as coolant.

In such circumstances, the president finally realized he should do whatever he can to protect people. Firefighters used seawater to cool the nuclear power, however, the plant’s temperature continuously rose. They then learned that a second explosion might occur if they could not repair cracks in the cooling water tank by immediately entering reactor No.1.

The movie ended when the engineer who was working in the power plant makes a noble sacrifice: they penetrated the nuclear reactor to stop a second explosion at the cost of their lives.

While watching this movie, maybe viewers can see an incompetent president who is under shadowy power’s control as well as high ranking members who are busy lining their own pockets through the scenes that both the government and high ranking people are busy to control the press and demand sacrifices from the people despite being in an emergency situation. It might make viewers feel angry and stuffy.