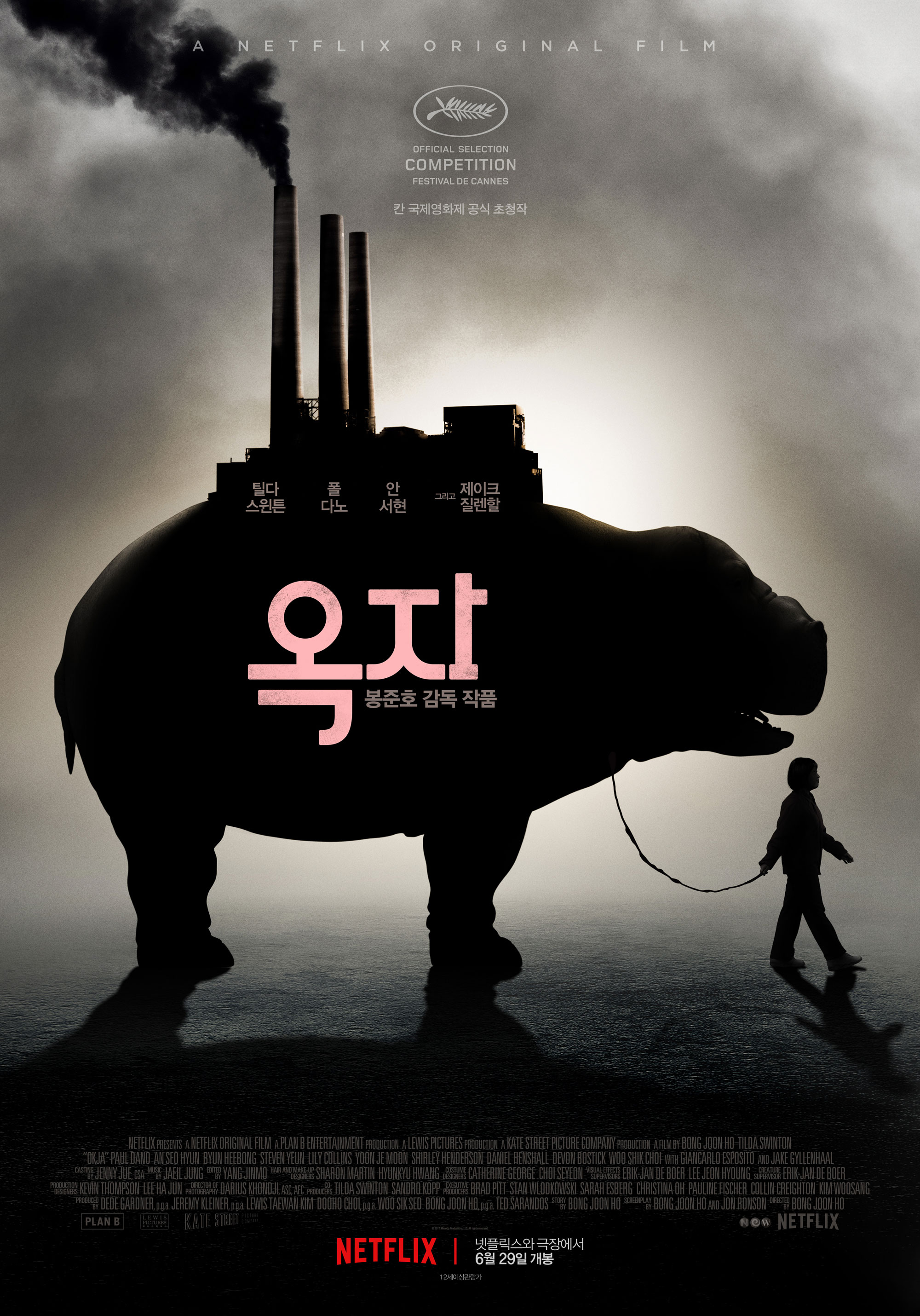 
Have you ever thought of being on a vegetarian diet or considered the livestock industry these days? If you watch Okja
once, you would think of these topics. This movie received o lot of media attention before it was released. It was the new work of director, Bong Joon-ho and it was also invited as an official selection to Cannes in 2017. But the biggest reason that Okja
was loved by many people is that it offers much food for thought.

This movie is about the friendship of a girl, Mija and a super pig, Okja. Okja is a gene manipulated pig and was raised in the mountains of Korea by Mija and her grandfather. However, when Mija and Okja become ten years old, people from the Mirando Corporation where Okja was made take the pig to New York for the promotion of their super pig project. In reactin, Mija takes a journey to save her friend where she meets ALF, a secret animal protection group.

In the movie, the CEO of the Mirando Corporation claims that Okja was born in Chile’s nature and her mother is a super pig which was born naturally. But the truth is, they were all born through gene manipulation in a laboratory. Also, the company promoted that they raised the super pigs in an ethical way, but in reality, they had forcibly mated the pigs. Through these stories, the audience feels the necessity of considering business ethics and animal ethics in modern society.

Except for these points of issues, Okja

was also seen as being controversial in another way. It was produced by Netflix, a streaming media channel, and in Korea, it was only opened in independent theaters and shown on Netflix. Therefore, the three major multiplex cinemas, CGV, Lotte Cinema and Megabox decided to boycott the screening. Okja
was an exceptional and unconventional film, but it might also be the pioneering of a new film market.