I Love K-pop and J-pop 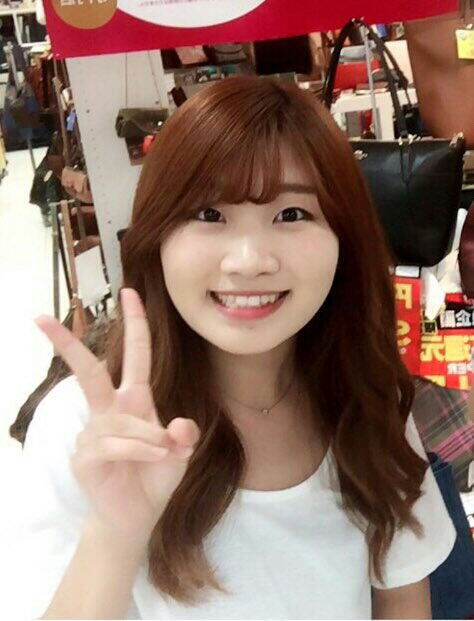 The Korean Wave is Korean pop culture fever occurring worldwide since the late 1990s. I interviewed Okada Moeko, who is an exchange student from Japan and loves K-pop.


My name is Okada Moeko. I am 22 years old. I came from Japan as an exchange student in March.


I have been interested in Korean culture and language since middle school. I participated in the study abroad and exchange program in my university and I came to Korea.


3. When did you first encounter K-pop?


When I was a middle school student, I saw TVXQ on a Japanese music program. This is when I first came across K-pop. It was so long ago, I can’t remember what they sang. However, their powerful performance made a strong impression on me. Since then, I have been interested in K-pop and K-pop singers.


4. What is the difference between K-pop and J-pop?


K-pop has a characteristic rhythm and loud melody. Also, the dancing is more intense than J-pop, so it makes an impression. It makes people want to dance.


5. What are the similarities between K-pop and J-pop?


I think a similarity is K-pop and J-pop’s theme sticks out. An album has only one concept or theme. They adapt their clothes, hair, and make-up and the music video. For example, if a Korean or Japanese singer’s new song’s concept is “monster,” we can enjoy a music video in which the theme is monster and the clothes, hair, and make-up seem like a monster. In this sense, I think K-pop and J-pop are similar.


6. Who is your favorite K-pop singer?


I like K-pop groups such as EXO, Girl’s Generation, and Infinite. I got to know K-pop singers when I was a middle school student. Korean singers on Japanese music programs were novel and made me interested. The interest made me search for K-pop singers’ videos on YouTube, so I became their fan. They are so attractive, pretty, and handsome.


7. What is the similarity between Korea and Japan?


Korea is similar in downtown structure and streets to Japan. People’s appearance is also like Japanese, so I can feel a lot of familiarity. Furthermore, the stores and traffic system from school to downtown are similar, so I can master Korean life easily. Korea and Japan’s lifestyle is so similar, so I can enjoy a comfortable life in Korea.


8. What is the difference between Korea and Japan?


I was scared when I took a bus. Korean bus drivers drive very fast. The roads are generally more dangerous than in Japan. Conversely, the cost of transportation and eating out is cheaper than in Japan. That is so comfortable and nice in Korea.


9. Have your images of Korea changed?


Actually, I had a bad image of public order in Korea. Because I had never been to other countries, I had bad images of other countries’ public order. However, Korea has high security and safety, for example, safety doors in the subway. Now I think Korea is a safe country.


10. Do you have any J-pop singer that you want to introduce?


I want to recommend Mr. Children and Aiko. They are gaining popularity, and their tone and songs are so nice. If you listen to their songs, you will like them.


11. What is the Japanese reaction to K-pop stars?


It depends on each person, but many women in Japan have a good response to K-pop singers. Recently, pretty and handsome Korean singers are often on Japanese TV or hold a concert, so Japanese people have become interested in their appearance or songs.