Interview with Annah from the USA 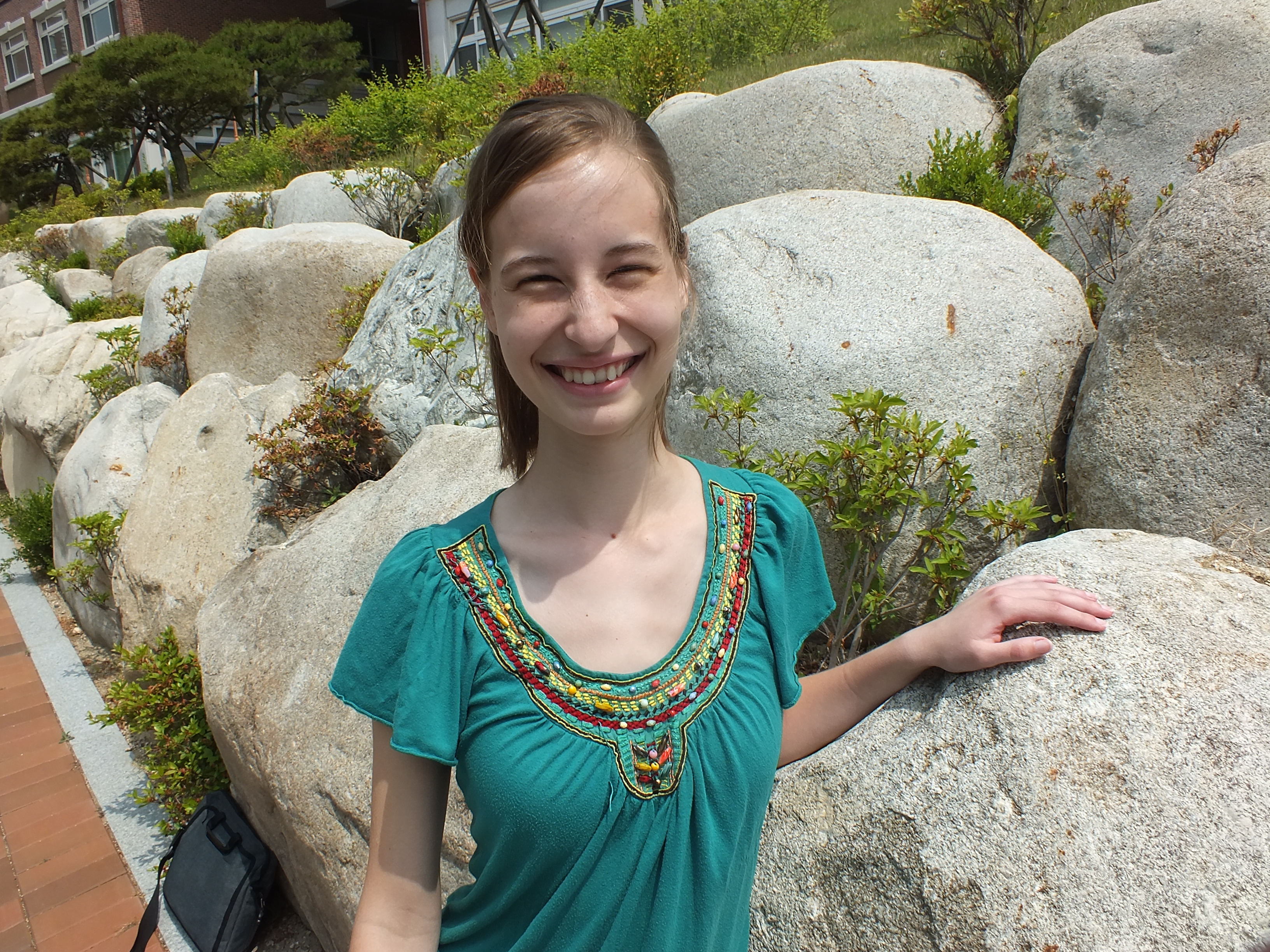 Hello, my name is Annah Miller. I am from the United States, from a small town in the Mid-Western state of Iowa. My hobbies include hiking, reading, and horseback riding. I am a senior in college. I am majoring in history with a minor in classical studies and biology. This semester at Keimyung is my last semester before I graduate.

2. Why are you interested in Korea and Keimyung University?

I first became interested in Korea after stumbling upon K-pop three years ago. I then started watching K-dramas, and from there my interest grew. I also met someone who had lived in Korea for a year teaching English. Listening to her stories made me want to come to Korea myself. At that time, I already knew that I wanted to study abroad. I decided to see what options were open to me to study abroad in South Korea. I chose Keimyung University for a couple of reasons. One was because I liked the natural beauty of the campus. Another was because of its strong international programs. Finally, amongst the courses that I could take, there were several dance classes. I have danced since I was little, so the dance classes were a big draw for me.

3. How did you find ISEP (International Student Exchange Program) and what did you prepare for ISEP?

I found ISEP on my home university’s study abroad Website. The application process was pretty simple. I had to fill out an online application, submit my transcripts, and write a brief essay explaining why I wanted to go to South Korea and why I chose Keimyung University.

4. Why did you choose to be an exchange student?

5. Can you explain the exchange system in the United States?

There are a couple of different ways someone can study abroad as an exchange student in the United States. One way is to go through a program such as ISEP as I did. Going through such a program gives a student a larger number of schools from which to choose for studying abroad. Schools in the United States also have exchange programs set up directly with certain universities abroad. If a student desires to study abroad at one of these schools, the student applies as an exchange student directly to the university overseas.

6. What are the cultural differences between Korea and the United States?

One cultural difference between Korea and the United States that I discovered is that unlike in the USA, girls don’t really play sports here. It’s only guys who play soccer, basketball, baseball, etc. This is quite different from the USA, where sports are a common extracurricular activity for both males and females. Another cultural difference is that a lot of the Korean university students I have talked to have said that they live at home as opposed to living in the dorms. In the USA, it’s the opposite. Most students either live in the dorms or they rent an apartment close to campus with some of their friends.

7. What are the differences between Daegu and Iowa?

There are a lot of differences between Daegu and Iowa generally and my hometown of Dubuque specifically. One major difference is the mountainous terrain. Iowa was originally prairie land, so it is very flat. Dubuque has some hills but nothing like Daegu. Daegu is also much, much bigger than Dubuque. There is way more to do in Daegu than there is in Dubuque. Also, unlike Daegu, Dubuque and Iowa don’t have an extensive public transportation system. There are some buses and taxis and that’s about it. Thus, most people own their own cars and drive themselves wherever they need to go.

8. What will you say about your time here when you return to United States?

A lot of people in the United States aren’t very aware of South Korea. They’ve heard of North Korea, but when it comes to South Korea, they really don’t know much about it. By telling people about my time here, I hope to change this. When I return to the States, I am supposed to give a presentation about my study abroad experience to the incoming freshman class at my home university. Through this, I hope to make more people aware of the awesomeness of Keimyung University and South Korea as a whole.

9. How has this experience as an exchange student in Keimyung University affected you?

I think the most significant way that studying abroad has affected me is by broadening my horizons. I have met people from all over the place. By talking to them, I have been exposed to new perspectives and ways of looking at life and the world. Traveling to, and living in, a new country also breeds independence and self-reliance. I feel that I have grown in both of these as a result of my semester abroad.