Interview with Natalia from Poland 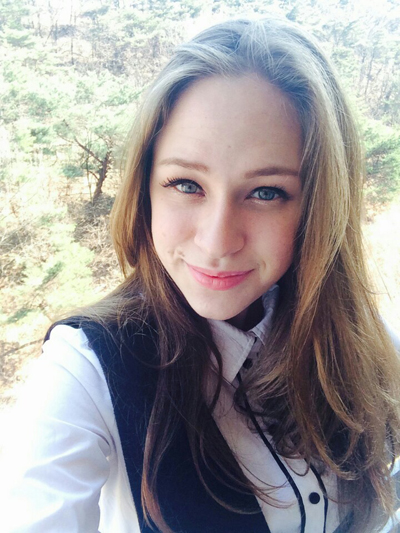 I interviewed Natalia Piesik. She is from Poland and has lived in Korea for almost 6 months. She is a Korean Government Scholarship Program (KGSP) student and good at Korean. This interview focused on her country’s culture.

I’m Natalia from Poland, and my major is history and culture. I like reading, and now I’m learning Korean. When I was a high school student, my friend recommended Japanese dramas, and by mistake I watched a Korean drama. Over time, I was more interested in Korea, like Korean dramas and music. Furthermore, Korean history is really similar to Poland. For these reasons, I came to Korea. Now, I’m a KGSP student.

Poland is in the middle of Europe. Therefore, people say Poland is the center of Europe. The capital city is Warsaw. The history of Poland is really similar to Korea because Korea was a colony of Japan. Poland was also a colony of Russia, Germany, and Austria.

3. How are the weather and seasons in Poland?

4. What is the popular food in Poland?

We have a food similar to a Korean dumpling. In Poland, we call this pierogi. The Korean dumpling is really soft and thin and most of the inside is meat. On the other hand, in Poland, we use fruits like cherries and strawberries instead of meat. We put in some sugar and sour cream. This is one of my favorites. We mainly eat bread, and we also eat rice at dinner. In Korea, when people are in a hurry, many people eat ramen. In Poland, we don’t have a food like ramen. We just eat tomato soup, mushroom soup, or bread.

5. Do you know the Korean traditional clothes hanbok? Is there a similar thing in Poland?

Yes, I know hanbok. It is so colorful and very elegant. The hanbok looks really comfortable. It’s really nice. Poland also has national clothes. In Poland, the use of national clothes is a little different. In Korea, on national days like New Year’s Day or Chuseok, Korean people wear hanbok. Unlike Korea, in Poland, we just wear special clothes in a parade.

6. What do Polish university students do in their free time or at the weekend?

We have plenty of clubs. In Poland, cafes are not as popular as in Korea. We go to other cities to play or go shopping or drinking. The Internet in Poland is 5 or 6 times slower than Korea. Korea has really fast Internet. Maybe for that reason, many male students play football, basketball, or baseball rather than playing computer games. However, Korea doesn’t have many spaces to play football, baseball, or basketball. Seoul and our capital city Warsaw are really different. Seoul is a really high technology city with high buildings, but Poland has lower buildings, and because of World War 2, almost 80% of the buildings were destroyed. We rebuilt after the war, and we have actual space to go out and to play basketball, football, or baseball.

7. In Korea, sometimes students drink too much early in the semester. How is the drinking culture in Poland?

Polish people also like drinking. Many people believe that Russia created vodka, but actually Poland is the country that created vodka. People think Russian people drink a lot. Polish people also drink a lot. In Korea, people drink soju or beer, but we drink vodka whose alcoholic strength is 40%. We don’t have alcohol games like Korea. In Korea, when people lose the game, they drink, but in Poland, everyone wants to lose because they want to drink.