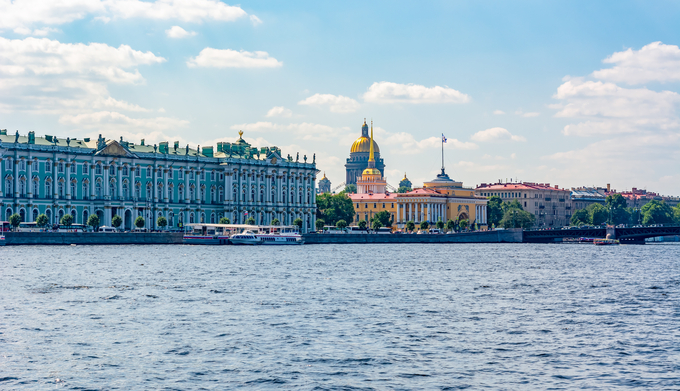 What is your image when you think about Russia? A survey conducted from Pew Research Center shows that people polled in 14 advanced economies see Russia unfavorably. The reasons for these results could be predicted by its communist history, political actions, and the way Russia is shown in different media. However, as a person who spent my childhood in Russia, it seems that Russia is not as many people think. I lived in Saint Peterburg which is a beautiful city with  thousands of small islands and is called the ‘window of Europe’. This city, that has a proper mix of Russian culture and European, is the place I would like to introduce today. 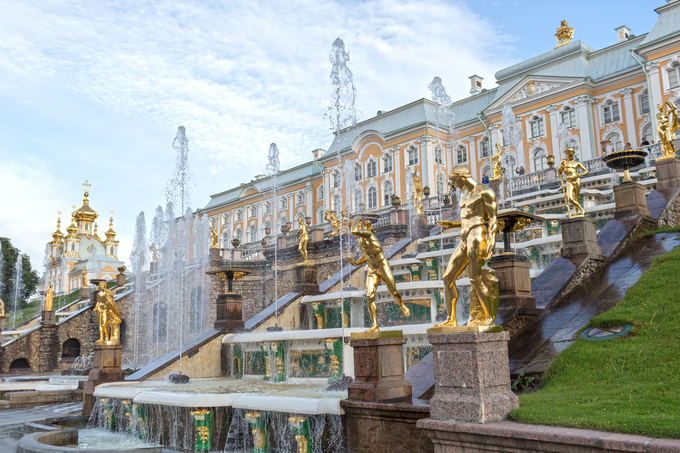 First, I would like to introduce one of my favorite places in Saint-Petersburg, The Summer Palace (Peterhof). This Palace was commissioned by Peter the Great after he saw the ‘Palace of Versailles’ in France, so it is sometime called the ‘Russian Versailles”. By the beauty of the palace it is one of the world’s most famous palace-park ensembles. The garden of the palace is the main sight where there are 64 fountains and 225 sculptures. One activity I recommend in the palace is to find trick fountains that are hidden in the palace. It is told that Peter the Great loved playing jokes on his guests with his trick fountains. A trip on a summer day to this palace to see the numerous fountains will make your heat melt and water splashing you from the trick fountain will make your trip memorable. Only within few hours Peterhof is a place where the spirit of history which still lives on and breathes in this manignificent place. 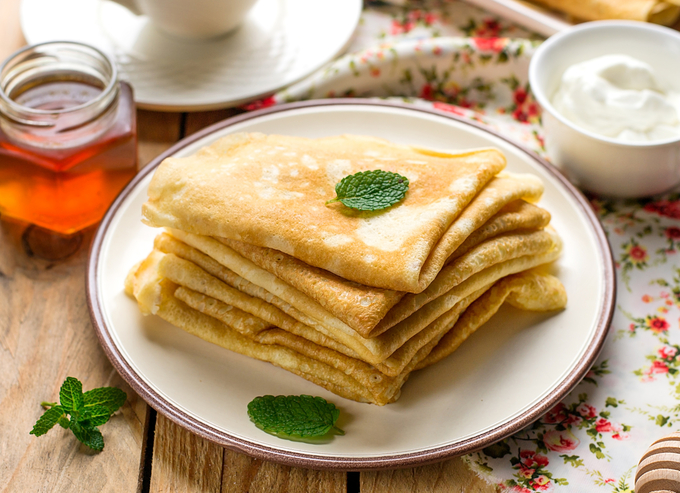 Second, I would like to recommend some food in Saint-Petersburg. While the US has MacDonald’s, Russia has Teremok (Теремок). Gancharov, the founder of Teremok, was inspired from the western fast-food stores and decided to start a fast-food chain in his home country but with Russian classics. Gancharov adapted recipes from his mother for Teremok’s menu which include blini (Russian pancakes), soups and kasha. The price is usually around to 4 to 5000 ₩. Most people order blini (Russian pancakes), and you can decide what kind of toppings and souse you would like for your blini. The recommendation menu I personally like is blini with ham and cheese. Teremok restaurant is getting bigger that it is in America New work city.I hope one day you can visit this restaurant and experience Russian cuisine in a simple way. 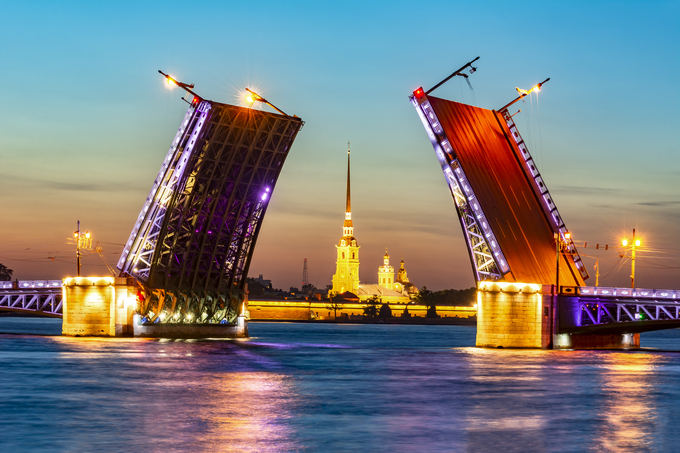 Third, I would like to recommend an activity you can enjoy in Saint-Petersburg and it is to enjoy the white nights. A white night is a night in which it never gets dark. White night is a phenomenon that occurs from the end of May to mid-June. Many people like to travel to Saint-Petersburg during the white night season, when the city is alive 24 hours a day with festivals, activities, and longer opening hours for museums, restaurant, and shops. Some recommendation for enjoying the white night is watch the city bridges to be raised. There are 12 bridges in Saint Petersburg which can be raised. The most famous bridge is in the Neva River that raises its bridge from 1:00 a.m.

Saint-Petersburg was the capital before Moscow in the time of the Russian Empire and it is a city where the start of Russian history can be found. The golden era of Russia when art, literature, architecture, and music were the best in the world started in Saint- Petersburg. To feel Europe and Russia at the same time, Saint-Petersburg is the city to visit. People often say that after visiting this city they hope to again visit Saint-Petersburg one more day in their life.