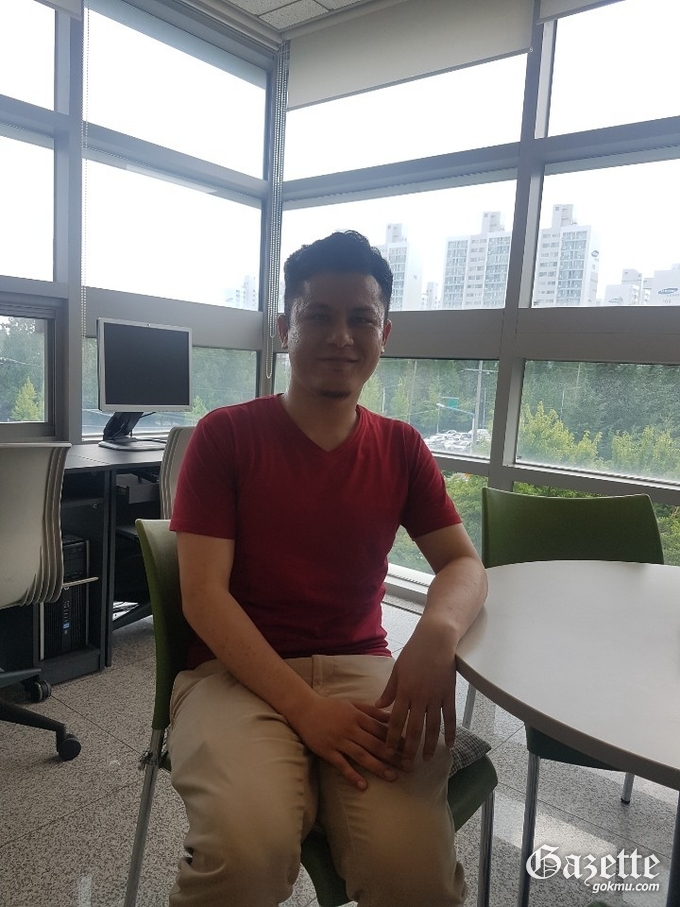 Here is a Nepalese man who loves to learn Korean. He started to study Korean a few months ago. He is a government scholarship student at Keimyung University. I was curious to know more about him because he was a government scholarship student, so I interviewed him. When I interviewed him, I was surprised with his natural Korean and English speaking skills. Here is the interview.

1) Please introduce yourself.
Hello, my name is Yohoshu-Ghishing. I come from Nepal. I started to study Korean last September. My major is Child and Family studies. And I will study in Chonbok National University next year.

2) What made you study Korean at first?

At first, I had an interest in Korean culture because of some Korean dramas and movies. Also, back in my country, I have a Korean friend. I thought it would be good to talk with her in Korean, so I decided to start learning Korean. Now that I have come to Korea, there are a lot of classes that I can take to learn Korean. I got more interested in learning more Korean. And it seems to be fun.

3) How did you study Korean in Nepal?
I listened to some repeated words and studied in a language school in Nepal for a while. However, at that time I was working. Even though I had an interest, it was hard for me to do both. So, I was like, I am not a good student, but I have enthusiasm to learn language.

4) What is the most difficult part of learning Korean?
I think it was not that hard to learn at first when I learned simple grammar. But it is quite confusing using similar words in writing. Some of those words made me more confused in speaking, too. I had a little trouble to remember when to say which word and which grammar to use.

5) Please introduce Nepal.
Sure. Nepal is also a small country. It is between China and India. We have a lot of natural resources and land. Because of the mountains, there are a lot of rivers, but we don’t have a sea. The people look a little different in each every place. The people who live near the mountains look a little bit Chinese. The people around Himaliah look like a mix of Chinese and Indian. Also, the people who live in the plains area, they look Indian. As a result, I think it is a beautiful country. I wish many people visit Nepal.