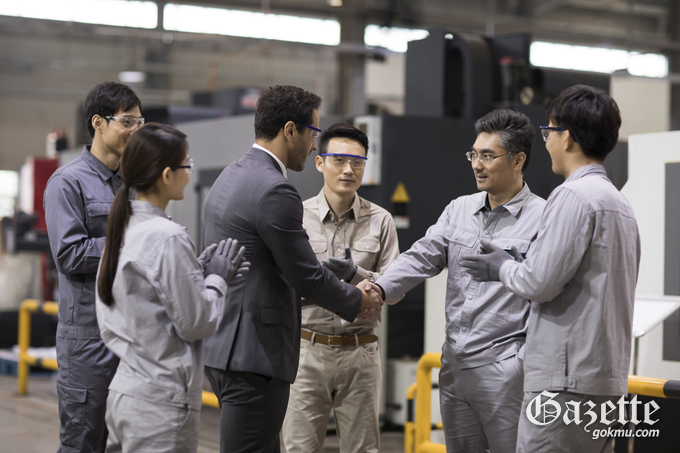 On Feb. 28, 2018, the National Assembly passed a revision bill to the Labor Standards Act, which calls for reducing the legal working hours per week from the current 68 hours to 52 hours. The revision stated that "a week is seven days," reducing the maximum working hours by 16 hours from the current 68 hours to 52 hours. The current 68 hours per week is due to the Ministry of Employment and Labor's interpretation of the state's unit as only "five days a week," while Saturday and Sunday were excluded from the calculation of legal work hours, adding eight hours each to the holiday work.

South Korea's average working hours stood at 2,052 hours per year as of 2016, the second longest among members of the Organization for Economic Cooperation and Development (OECD). On the other hand, Korea's hourly labor productivity is $34.3, far lower than the OECD average of $48.7. Korea's long-term labor is not only lowering the quality of civic life but also its corporate competitiveness. There is an expression called ‘Work and Life Balance.’ Since 2008, the Korea tripartite commission has tried to reduce it to 1,800 hours by 2020. I think the effort to reduce the work time brought good effect to worker’s life for many aspects.
After the introduction of the 52-hour work week, people have time to enjoy their lives. It encouraged a balanced life with extra time for hobbies, families, and travel. As night work is decreasing, more and more people are doing PT, yoga, and Pilates after work, or visiting movie theaters on weekday evenings. Department stores and cultural centers at large discount stores are attracting workers by increasing the number of lectures during the evening hours.
Efficiency has also increased through the flexible working hours. Instead of extending the working hours of a certain day, the government will shorten the working hours of other days to meet the average working hours of a certain period of time. Since people don’t want or feel obligated to work late in the new system, there is a tendency for concentration to increase to finish work during work hours. This is because of the atmosphere in which regular work is possible once the work is completed on time. The practice of "meeting quickly and breaking up quickly" is being created, as well as earlier evening appointments. Companies specify a "no KakaoTalk work" to prevent overtime work after work hours. The PC off system, which shuts down the computer when the work day is over, is also being introduced to each business site.
This new system will have positive effects, especially for job creation. For example, reduced labor costs will enable new hires. For example, WeMakePrice has increased hiring to cope with shorter working hours, raising the number of employees from 1,485 at the end of last year to 1,674 at the end of last month. The company said that while there is some financial burden, there are more positive effects such as employees' satisfaction with their work and increased efficiency.
July 1 marked the first year since the 52-hour work week was introduced. Although some side effects remain in large companies with more than 300 employees who first introduced the 52-hour work week system, most of them have settled down at workplaces, changing not only their working conditions but also their dining culture.

Making work hours until 52 will bring positive effect to Korea which is suffering from overwork and jobs crunch from long times ago. Also, each worker will get lower burden by lowered work hours. They can enjoy their life by pursing their own time with their family, friends or hobby. By reducing work hours, to finish the same work company may need more worker then this will increase more job occupation. So I think it is the proper policy for Korea.

Firstly, the financial burden of employers can expand. The biggest problem of the 52-hour workweek is the cost burden of employers. Employers are required to hire additional workers as the current employees’ working hours are shortened. And as the number of employed workers increase, expenditures for education, welfare and employment to be provided to workers will increase as well.

Secondly, some workers fear their wages will decrease. Production workers who were paid more for extra-work and holiday allowances have criticized the system because they felt pressured to work fewer hours, which leads to lower wages. Sales workers, who have been unable to accurately measure working hours due to frequent outside work, may also be at odds with the labor union as wages are set based on 68 hours changed to 52 hours.

Lastly, unintended consequences may occur like workers being unable to enjoy their recently acquired extra-free time. In some cases, economically struggling workers may have to find additional jobs to cover reduced wages due to shorter working hours. Because they have to go to a different job, they actually have less free time than in the past. For this reason, the 52-hour workweek is likely to make workers much busier than in the past, contrary to the expected effect of being guaranteed a balanced life.

Starting in 2020, the 52-hour workweek system will be introduced for small and medium-sized businesses, which is expected to continue to cause various conflicts in 2019. And as some industries can be less efficient at work and suffer from a shortage of manpower with their limited budget, it is urgent to come up with measures to compensate for the various problems of the 52-hour workweek throughout this year.

●Opinion from a reader
Kim Ji-hyeon (Department of Spanish and Latin American Studies)
After reading this article, I thought about the 52-hour workweek. I think that after the introduction of the 52-hour workweek, there has been a significant reduction in cost due to reduced wages for workers and additional employment for employers.  Therefore, I think we should seek a better policy of finding a compromise between employers and workers, not just a reduction in employment time.