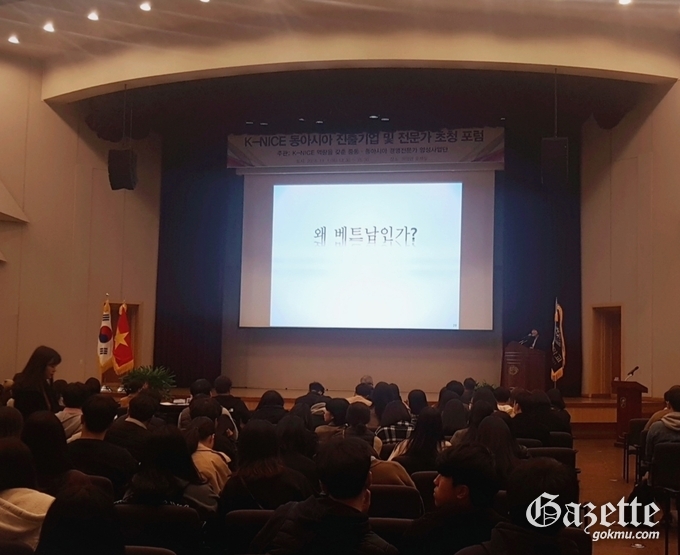 On November 1st, Do Tuan Minh, the president of Hanoi National University of Foreign Studies, Tran Thi Huoung, the director of Korean and Korean Studies at Hanoi National University of Foreign Studies, and Lee Kwan-soo, the head of the Philippines' Sinlim Industrial Company announced economic development plans regarding Vietnam’s relationship with Korea and the Philippines. Their presentation was regarding the historical relationship between Vietnam and Korea, and the similarities and differences between the two countries’ cultures as well as with the company The  Founding Environment and Entrepreneurship of the Philippines. The first speaker, Do Tuan Minh, presented about his good memories from Keimyung University and the cultural similarities and differences between the port and Vietnam. The second speaker, Tran Thi Huoung explained the personal development opportunities for the Korean students. The last speaker, Lee Kwan-soo, described the environment of entrepreneurship in the Philippines. This announcement demonstrated that there are many business opportunities for Korean companies that could arise in Vietnam and the Philippines.