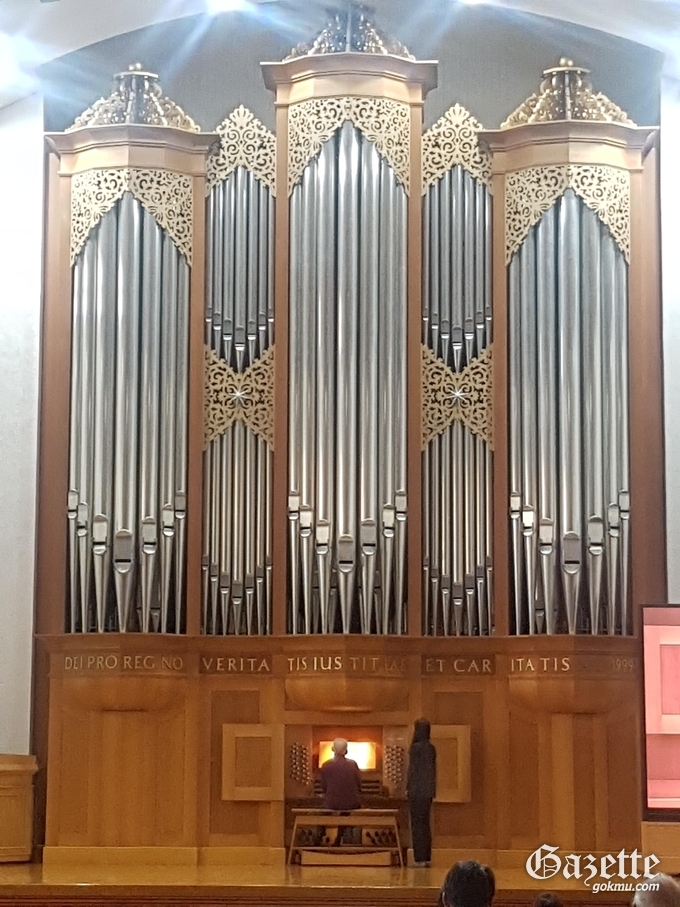 On November 9, a music program called ‘The Noon Organ Music Festival’ was held at Adams Chapel. The performer was Anselm Winfried Muller, a professor of philosophy at the University of Chicago in the U.S. He entertained the audience and played ‘Praludium und Fuge uber.’ The performance program for the evening was 19th century romantic German organ music, and the composers were three German composers. The performance brought stability for my mind and allowed me to empty my head for a while. For those that are interested, there is a noon music festival held at Adams Chapel from 12:30 to 12:55 p.m. every Tuesday.