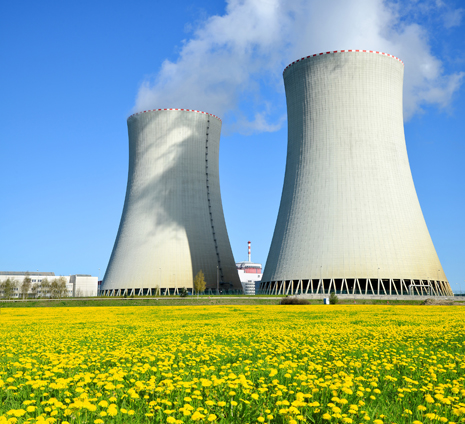 The Gori Nuclear Power Plant is located in Gori, a suburban village in Busan. It is an oldest nuclear power plant and expected to permanently shut down in June 2017. However There are still different views about Gori power plant.

First, Gori nuclear power plant is too dangerous. The Gori plant was the first nuclear power plant in Korea. It started to produce energy in April 1978 and operated until June 2007. At that time, the Gori plant had broken down over 80 times because of technical defects. Even though it had many defects, such as an automatic shutdown due to a breakdown of electricity supply equipment and gas turbines, it got approval for another 10 years of operation from the Nuclear Safety and Security Commission in January 2008. After it got the extension, the cooling system of the plant broke down for 12 minutes because of heavy rain on September 2, 2012. Workers in the plant concealed the accident for a month.

Second, Busan citizens badly want to close the Gori plant because most of them doubt the plant’s safety. According to a survey by Dong-Eui University and the Citizen’s Solidarity for Participation and Self-Governance in Busan, out of 1000 citizens, 56.4% said they are willing to pay extra taxes to close the plant. The government has to take citizens’ opinions seriously.

●Opinion from the readers
Severine Febvet (Department of Game Mobile Contents, France)
I think it should be closed, especially if there had been lots of problems with it. Since it is so close to one of the biggest cities in Korea, an accident would cause a lot of damage. I’m sure there are alternatives to it, and we must think of the safety of others.

Lim Ji-yeon (Department of English Language and Literature, Keimyung University)
I agree with closing Gori power plant. Most of all, citizens’ safety must be considered first. How they can live in peace between lots of accidents and corruption scandals? The government should consider the citizens’ viewpoint.

First, since our country lacks alternative energy, shutting down the nuclear plant will trigger a shortage of energy. Nuclear energy currently provides 30% of Korea’s energy consumption and it is continuously increasing. If the nuclear plant does not produce any energy, there needs to be another source to fill the gap. Korea imports 35% of the energy that is used domestically, which adds up to approximately 17 billion dollars. If the nuclear plant is shut down, Korea will have no choice but to import more energy than now. Therefore, the Gori nuclear plant cannot be easily shut down.

Lastly, the government is not taking the results of the Korea Hydro and Nuclear Power Corporation seriously. It is not professional to shut the Gori nuclear plant down just because of the media and the objections of some people. There is a report proving that the nuclear plant is still okay to use. The government should consider the report from the Korea Hydro and Nuclear Power Corporation and continue to operate the plant.

Gori nuclear plant has received a report proving it is safe to use for ten more years. However, it seems like the government is not considering the report. I hope that this controversy is settled based on concrete facts and an objective view instead of just the media. There is no reason to shut down the Gori nuclear plant.

●Opinion from Readers
Park Min Kyung, College of Liberal Arts
Sungkyunkwan University
I am concerned about the safety of the Gori nuclear plant, but I believe the reports from the official organization are reliable and think that the decision was made too suddenly. I hope information about the current situation is more accurately delivered to the public.

Abdul Qayyum, Dept. of Physics
Sungkyunkwan University
As a foreigner, I am worried about Korea’s decision because it is clearly seen through official reports that the nuclear plant is not causing any trouble. However, the government seems to continue to make changes without any consideration of the professional organizations results from the Korea Hydro and Nuclear Power Corporation.